How The Pieces Fit In CAA's Acquisition Of ICM Partners
Read the full story
January 30, 2020 1:34pm 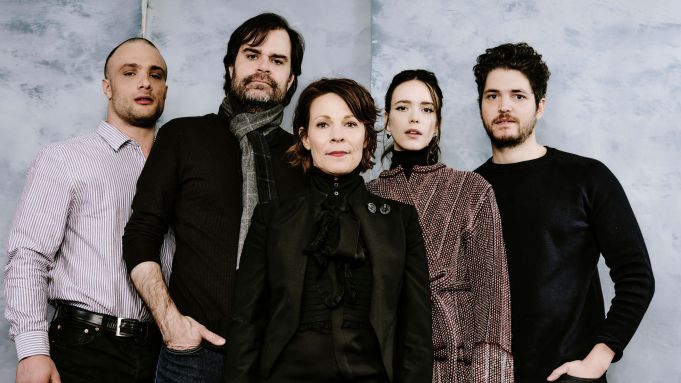 Following his 2011 film Here, director Braden King made his way back at the Sundance Film Festival with The Evening Hour, a drama based on the 2012 novel by Carter Sickels.

During his visit to Deadline’s Sundance studio, King spoke about why he decided to make this film which comes almost 10 years after his last feature.

“I first read Carter’s novel in 2014 and my experience of going through the novel was almost one of it felt like following the breadcrumbs,” said King, who was accompanied by cast members Philip Ettinger, Stacy Martin, Cosmo Jarvis, and Lili Taylor.

“I think on page nine of the book there was a reference to a town called Piney view, West Virginia, which was one of the only places in Appalachia that I’d ever spent any time up until that point in the whole. It’s the home of a dear old friend of mine. It was almost like as I turned the pages, there were these little signals coming at me that were separate from the story that felt like the book was saying, ‘this is the next thing you’re gonna do.'”

Written by Elizabeth Palmore, the story follows Cole Freeman, a young man who maintains an uneasy equilibrium in his rural Appalachian town, looking after the old and infirm in the community and selling their excess painkillers to local addicts. But when his old friend Terry Rose returns with plans to start his own drug operation, Cole is forced to take action to save the close-knit fabric of family, friendship, land, and history.

“It was kind of a quiet process of following those breadcrumbs and at the same time, obviously being intrigued with the story and what I felt was a really complex and unique and surprising portrayal of a part of America that I didn’t really know that much about but was fascinated with,” said King. “By the time I got to the end, it was just like ‘this is the next thing I’m going to do.'”

See the full conversation above.