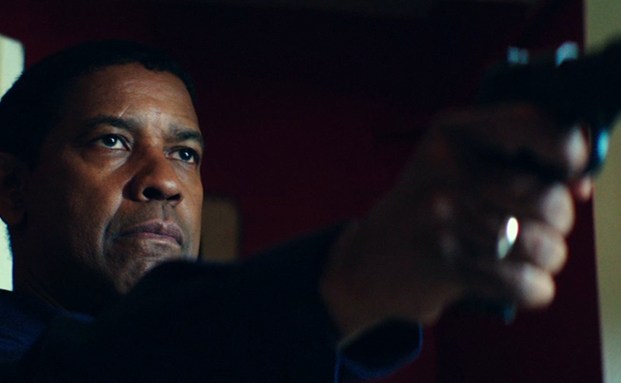 It’s hard to believe, but Denzel Washington never has done a sequel in his long film career — until now. As I say in my video review above, there has been no temptation on his part to do The Magnificent Eight or More Better Blues or retreads of past roles to which so many superstars fall prey. It is true he has done his share of remakes including The Preacher’s Wife, Magnificent Seven and The Manchurian Candidate but no sequels. Now he has added a 2, to his 2014 hit, The Equalizer, which itself was a familiar title since it was a cinematic reboot of the popular 1980s TV series that starred Edward Woodward.

Washington clearly felt there was the opportunity to satisfy the popcorn-chomping action crowd with this property but also bring his own brand of mojo to the well-worn genre even if he is now over 60 and getting longer in the tooth for this kind of intense, stunt-driven stuff. He did it in the first film, and he goes even deeper, if more subtly, into the character of retired CIA agent Robert McCall, who still finds his skills useful in helping everyday innocent people who are threatened by others. The bad guys in this film will wish they never met this Equalizer.

After an exciting opening scene in which he dispatches the baddies travelling on a Turkish train, we switch to Boston, where McCall is working as a Lyft driver (nice product placement – Uber will be jealous), reading philosophical books and befriending the old (a holocaust survivor played by Orson Bean) and the young (a house painter named Miles, played by Moonlight’s Ashton Sanders, who finds himself running with a bad crowd). There are also scenes establishing his friendship with his former CIA superior Susan (Melissa Leo, returning to the role), who consoles him over the loss of his beloved wife.

For a while the action switches to Leo in Brussels, where Susan is caught up in dangerous doings with a series of murders of wealthy people and also finds herself in deep trouble. When things go very badly, McCall’s new somewhat orderly life quickly goes into high gear as he jumps into action in search of the villains in this case. That leads him to a predictable turn of events when Dave (Pedro Pascal), an old partner of his, suddenly becomes a suspect. That part is becoming such a cliché as so many of these movies always seem to have a villain who previously was a good guy and close to the hero before turning dark. Nevertheless, it leads to a series of suspenseful action set pieces involving the cat-and-mouse game between Dave, his one-note cronies and McCall.

Without going into detail, the prize action scene that serves as the climax is all played out in a small Massachusetts town in the midst of a horrific, hurricane-like storm. It is somewhat far-fetched but makes for some luscious cinematography from Oliver Wood, as well as nifty direction from Antoine Fuqua, a longtime Washington favorite who guided him the first Equalizer as well as Magnificent Seven and the actor’s Oscar-winning role in Training Day — all movies full of violence just like this one, a Fuqua specialty. If you can keep your hands away from your eyes in some of the more gross confrontations, it’s all served up in entertaining style, helped by a script from Richard Wenk that isn’t afraid to slow it down and let the characters emerge as fully fleshed-out human beings. Unusually for an action sequel in this day and age, this one isn’t worried about playing to an audience with collective ADD.

Washington is in top form and nicely supported by Oscar winner Leo — who gets her own kickass scenes — Sanders, Pascal and Bean. Bill Pullman also has some brief moments as Susan’s husband but has a role that largely amounts to nothing. Among the tech credits, I would point to Harry Gregson-Williams’ fine score. Apparently it took a village to put this all together as the producer list includes not only Washington and Fuqua but Todd Black, Jason Blumenthal, Alex Siskin, Steve Tisch, Mace Neufeld, Tony Eldridge and Michael Sloan. I doubt that Washington is going to want to do yet another sequel to this series, but if he does, I wouldn’t mind revisiting his Robert McCall. Sony opened the film today.

Do you plan to see The Equalizer 2? Let us know what you think.