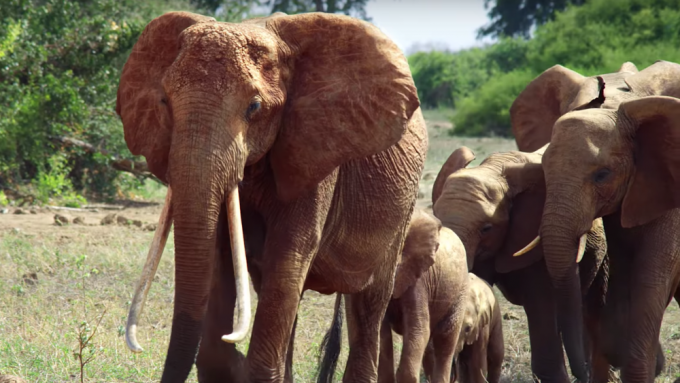 In the forthcoming Apple TV+ documentary The Elephant Queen get taken on an epic journey of a family of elephants — led by a queen. For 25 years, filmmakers Mark Deeble (Voyage of Time) and Victoria Stone’s (The Queen of Trees) lived in the East African bush to prepare them for the odyssey of the titular matriarch.

The documentary, narrated by Chiwetel Ejiofor and filmed over four years, follows the majestic elephant matriarch Athena as she leads her family across grasslands, woodlands and waterholes as they try to find a new home. The elephants share their home with a cast of supporting wildlife roles that could easily be mistaken for characters in the live-action The Lion King — except they aren’t CGI and they can’t talk.

As the leader of her herd, Athena knows they have a tough journey ahead as the dry season is upon them. As the waterholes dry up, she has no choice but to take her family on a treacherous journey across even more foreboding landscapes, as the majestic creatures seek refuge until the rains fall again.

The Elephant Queen opens in theaters October 18 before debuting on Apple TV+ on November 1.