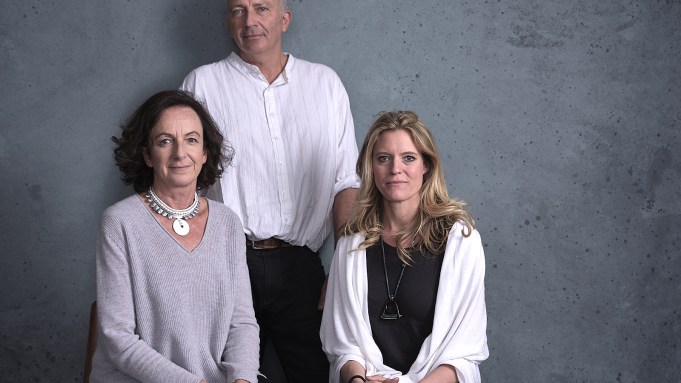 The Elephant Queen filmmaking duo Victoria Stone and Mark Deeble dropped by Deadline’s Sundance Studio to speak about their long and immersive experience of capturing the life of an African savanna elephant, the world’s largest animal.

“We were looking for a charismatic female elephant matriarch because it’s very much a female leadership story and we were looking for the ideal elephant for a long time,” said Deeble on the 18-month search before discovering their queen, a 50-year-old tusker named Athena.

In the film, Athena, the matriarch of her herd, is faced with a drought and must decide whether to lead her pachyderm family away from the water hole they call home or into the badlands in search of food and water.

Deeble and Stone followed Athena and her herd over a four year period which allowed them to uncover similarities between elephants and people.

“There’s just so many amazing stories which sort of reflect more than just wildlife stories. They almost reflect our place in the world,” said Stone. “You can tell making them, you’re going out there, you’re exploring your understanding, and then you’re communicating these stories that you’ve unearthed to the rest of the world.”

12 Years A Slave and Doctor Strange star Chiwetel Ejiofor lends his voice as the narrator of the documentary, which was picked up by Apple during its TIFF debut.