Continue to Deadline SKIP AD
You will be redirected back to your article in seconds
Skip to main content
November 26, 2019 5:00pm 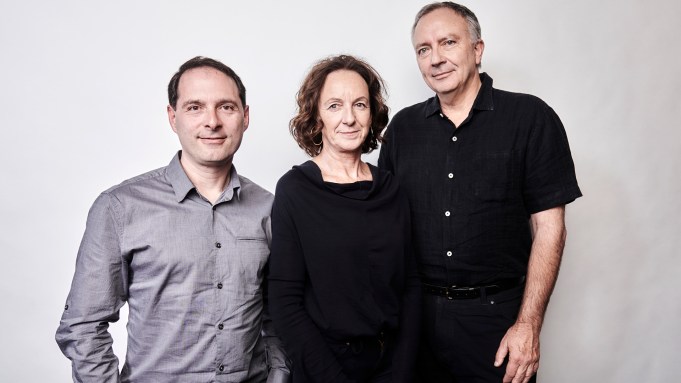 Apple TV+ wasted little time before entering the awards fray, giving a limited theatrical run to their wildlife doc The Elephant Queen. Narrated by Chiwetel Ejiofor and directed by award-winning British duo Mark Deeble and Victoria Stone, the film focuses on Athena, a matriarch elephant who will do everything in her power to protect her herd when they are forced to leave their home in the African desert to find water.

The film was a passion project that consumed a lot of time and energy: “We worked with a tiny team of about four or five people,” Stone told Deadline’s Antonia Blyth at Contenders Los Angeles, “living in the wild in Kenya for four years to make the film.”

Such were the conditions in the desert that cinematographer Deeble had nowhere to hide with his camera. “We put him in all sorts of places,” laughed Stone, “and probably the worst was a metal box, which we then buried. But we weren’t even kind enough to him to cover the top with earth, which would probably have been much better, from his point of view. We left him baking in the African sun. So literally, the worst, I think, was when we did it for 30 days consecutively, from dawn till dusk, until he wasn’t really making sense anymore.”

Despite the hardships, and the occasional crisis of conscience, Deeble and Stone are very proud of the finished product. “It was very important for us,” said Stone. “We set out to make a film that would make the world fall in love with elephants, and during the making of it, elephants went into crisis, and there was a moment where we thought, Should we actually be doing a film about the issues [instead]? But then, other filmmakers were doing that very, very well. So, we decided the best thing we could try to do was to inspire people across the globe to fall in love with elephants. Because without them, without our support, I don’t think we’ll be sharing the planet with them in the future, if we don’t do something.”

For more on The Elephant Queen, click on the video above.