The Film That Lit My Fuse: Emmys Host Cedric The Entertainer On The Transformative Power Of ‘Coming To America’
Read the full story
April 30, 2019 9:00am 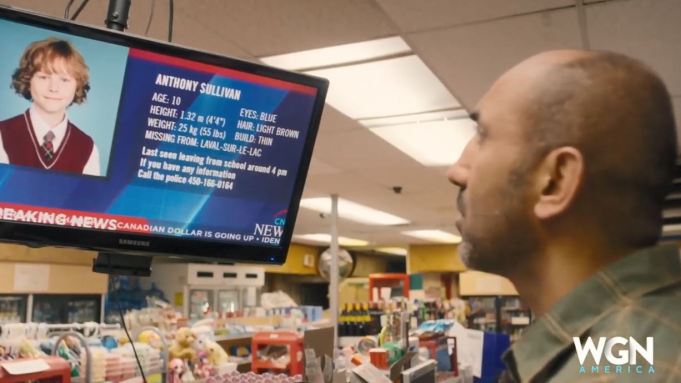 EXCLUSIVE: Nothing could be as gut-wrenching for a parent than to have their child go missing. WGN America dramatizes that nightmare scenario with The Disappearance, a six-episode summer event series that the network has set to launch at 10 p.m. Tuesday, July 9. Watch the first trailer above.

The clip for the psychological family drama begins with a school photography assignment that young Anthony (Michael Riendeau) completely botches — at least that how others see it. But the boy insists, “I was just doing my homework.” Seems the whole neighborhood is angry with the kid. Then things get terrifying.

Here’s the series’ logline: Henry Sullivan (Peter Coyote) organizes a treasure hunt for his grandson Anthony’s 10th birthday, but things take a turn for the worse when Anthony unexpectedly goes missing. The series follows Luke Sullivan (Aden Young) and Helen Murphy Sullivan (Camille Sullivan) as they delve into the all-consuming investigation of what happened to their son on that harrowing day. As the Sullivans and their extended kin grapple with the inexplicable mystery, deep familial secrets become uncovered and threaten to shatter the family unit.

The Disappearance will debut nearly a year to the day after it was slated to air last summer before quietly being dropped from WGN America’s schedule. The show had set a July 12 premiere date, supported by some unlisted YouTube clips, but it never aired on the channel. This time it’s a go.