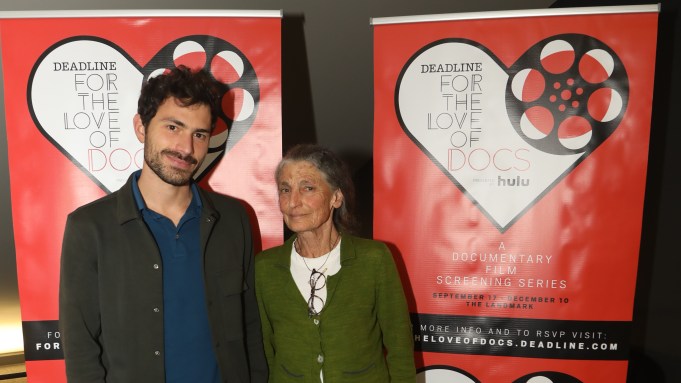 Beniamino Barrese’s debut documentary, The Disappearance Of My Mother, is an examination into his mom Benedetta Barzini, a former fashion model from the 1960s who has spent most of her life since then away from the spotlight.

At age 75, radical feminist Barzini is fed up with all the roles that life has imposed upon her and decides to disappear to a place as far as possible from the gaze of the camera, only permitting her son Beniamino to witness her journey. Having filmed her since he was a child in spite of all her resistance, Barrese now wants to make a film about her, to keep her close for as long as possible. The making of the film turns into a battle between mother and son, a stubborn fight to capture the ultimate image of Benedetta — that of her liberation.

“It came from the preception of a very broken personality with a lot of pieces that I couldn’t stitch together,” Barrese said about why he wanted to capture his mother for his first feature-length directorial outing. “She was this strong personality but incredibly fragile and incredibly ill also, of an illness that I couldn’t figure out,” he added. “So I had this intense feeling for her. Of course, she’s my mom, but she’s also an interesting person.”

Although the lens is mainly on Benedetta, Barrese also highlights a sometimes tense but for the most part tender and loving relationship between a mother and a son.

“I wanted to heal her through the process of making the movie as well as heal myself from my obsession for her and also confront our difficult relationship with images that we have in common,” Barrese said.

Barrese was accompanied by his mother following a screening of his film at Deadline’s For the Love of Docs Screening Series. “I think one of the basic points of the work that Ben did is authenticity. Nothing has any tricks in it,” said Barzini on her decision to go before the lens after years of avoiding being filmed in any form.

She continued: “And also, the value of old age is something that I feel very strongly about because it’s easy to be beautiful when you’re young. But it’s important to grow old and — let’s put it this way — get some wisdom in your mind.”

Benedetta added: “I was very happy in a way to be in this work of Ben’s with my real face, my old age, wrinkles, and not try to deny something that I really think has a lot of value, in a way — even more than youth because youth is easy, it gets hard as time goes on. It demands a capacity to understand, for instance, and not judge all the time. A lot of things are worth it when you get old.”

Watch the rest of the conversation above.