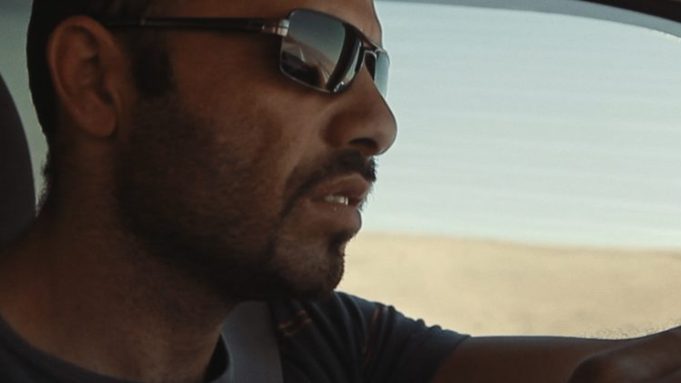 EXCLUSIVE: Here’s your first look at The Devil’s Driver, a documentary directed by Mohammed Abugeth and Daniel Carsenty making its world premiere at the Toronto International Film Festival. It’s a nonfiction film, but the teaser packs the propulsive action of a Hollywood thriller.

In the video above, a Palestinian man named Hamouda attempts to sneak undocumented Bedouin workers into Israel, while dodging Israeli army patrols. It’s a high-stakes gamble involving the risk of death or imprisonment.

“We believe it is time to tell a story from the Middle East that is not the usual stereotypical story of either terrorists or victims,” Abugeth and Carsenty explain, “but a three dimensional portrait of human beings who are working hard to survive under the most difficult circumstances. Our characters are actual people, neither good nor bad, but full of shades of gray, of ambiguities and contradictions. The key question our characters face is: is it worth [it] to take the risk of losing your freedom and going to prison in order to provide your family with a good life, and experience a brief moment of freedom while doing so?”

Abugeth is Palestinian; Carsenty is Israeli. They’re based in Berlin and will attend the world premiere on Sunday in Toronto.

“We want our audience to ask themselves: what would I do if I would live under these circumstances?” the filmmakers say. “We want our audience to benefit from the courage and resilience of our characters. In difficult situations, we ask ourselves what would Hamouda say? And he would answer like at the end of the film: stand up and carry on. You have only one life to live, make the best of it.”

Carrying on despite adversity is something with which the directors can identify.

“The biggest challenge of this film was to keep up our morale over all these years,” Abugeth and Carsenty note. “There were many moments in which we doubted we would ever manage to really make this film work. It was extremely difficult to finance this film. Over long stretches of time we financed the film from our own pocket. That meant we had to return to Berlin, work in order to finance our own lives and put aside the money we would need to film, and then leave and face the uncertainty of filmmaking while living a precarious life ourselves.”

The Devil’s Driver is a production of XTR and Mark It Zero, co-produced by CHUNK Filmproduction, with the support of Doha Film Institute and AFAC–the Arab Foundation for Arts and Culture. Producers are Carsenty and Felix Blum. Executive producers include Ben Dressel, Bryn Mooser, Kathryn Everett, Justin Lacob, Rolf Mayer, and Ellen Eby.

Click on the video above to watch the teaser.