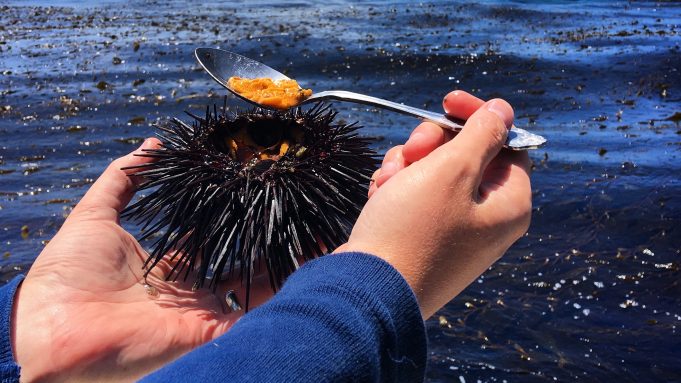 EXCLUSIVE: The ultimate foodie food the sea urchin gets it close-up in The Delicacy, the feature documentary from Somm TV founder Jason Wise that also happens to be a feast for the eyes, shot mostly on Super 16mm, with additional footage via 35mm and Super 8mm. It will make you long for getting back to your favorite sushi bar when all this is over.

The pic, which centers on the sea urchin’s role in nature and the lives of those who bring it to the plates of high-end restaurants, begins streaming May 7 on Somm TV, the SVOD streaming platform that zooms in on the wine, food, and travel space with exclusive new shows, films and educational content. It launches fully later this year.

Somm TV is from Wise and the team that made Somm, the 2013 documentary that followed four candidates trying to pass the famed Master Sommelier examination. It spawned two sequels and a TV series that aired on Esquire Network.

As for The Delicacy, it features commentary from the likes of culinary experts including chef/TV host Andrew Zimmern, Food & Wine‘s Ray Isle and Kyle Connaughton the chef-owner SingleThread Farm-Restaurant-Inn in Healdsburg (the middle of Northern California wine country). It follows the journey of the sea urchin (it’s the “uni” on the sushi menu — that sweet, brine-y, orange-y ooze you can’t get enough of) from the ruins of Pompeii to the coasts of Santa Barbara and the Channel Islands, where the echinoderm is harvested by divers as a prized delicacy for humans and sea otters.

Wise directed the docu and co-wrote it with his wife Christina Wise, and they produced with Eric Esrailian and Jackson Myers.