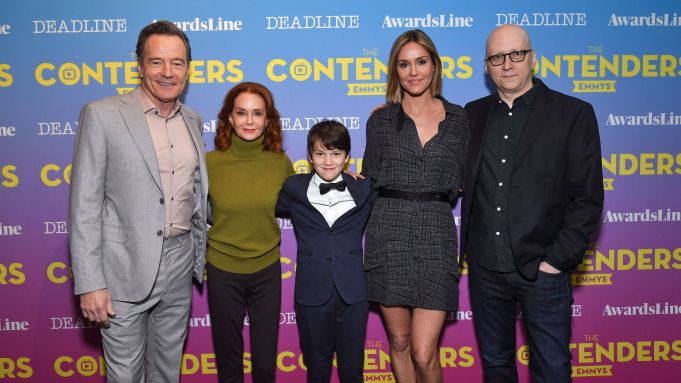 Amazon’s The Dangerous Book for Boys follows a young boy who reconnects with his deceased father within a fantasy world he creates from a how-to guidebook his father left for him. The series showcases a production within a production, and creating the fantasy worlds came with its own challenges.

“We didn’t have a lot of money,” co-creator Greg Mottola said at Deadline’s The Contenders Emmys event. “We had to do these fantasy sequences, and one of the fun things to do is we decided to make them low-fi, theatrical, more Michel Gondry and Wes Anderson than relying only on CGI.”

For Cranston, one of the driving inspirations behind the adaptation of Conn and Hal Iggulden’s bestseller was to revive the family TV-watching experience.

“It’s something that Greg and I were very excited about — we’re both Dads, and we wanted to do a true family show,” he said. “A show not just that you put your kids in front of … but that you also want to watch with your kids or grandkids.”