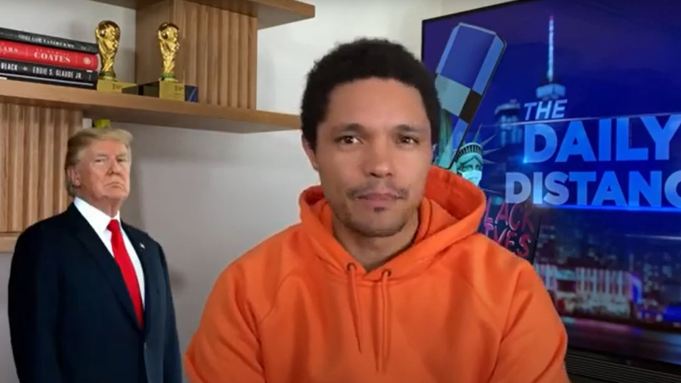 The Daily Show host Trevor Noah said that President Donald Trump’s response to the raging California wildfires was anything but cool. During Tuesday’s episode the late-night host roasted the president’s unenthusiastic “it will start getting cooler” answer to state officials’ concerns about climate change.

He went on to say how he noticed that Trump’s down-playing of the California fires and the effects of climate change seemed familiar. As thousands of California residents seek refuge from the blazes and the number of deaths related to the fires continue to rise, Noah draws comparisons between Trump’s response to the ongoing COVID-19 pandemic.

As tapes released from journalist Bob Woodward reveal, the president withheld the true severity of the coronavirus, which has killed more than 196,000 Americans; as far back as February to avoid panic.

The host, however, didn’t take the late-night segment to criticize solely just Trump, but also poked fun at how Woodward held onto the tapes until just recently and went after the All the President’s Men co-author himself.

“Six months from now Bob Woodward is going to release a tape where Trump is doing a detailed PowerPoint presentation on carbon emissions’ impact on global temperature,” he joked.

Watch the full segment above.