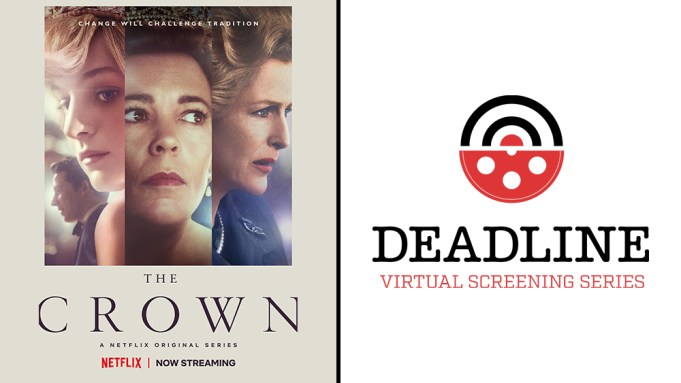 Of all the challenges inherent in taking on the role of a divisive figure like former British Prime Minister Margaret Thatcher in the fourth season of Netflix’s The Crown, Gillian Anderson says the show’s complex schedule, married with the intensive duels of dialogue she shares with Olivia Colman’s Queen Elizabeth II, made the Prime Ministerial Audience scenes the toughest to shoot. “There were a couple of days we did four audience scenes back to back,” she told Deadline’s Joe Utichi at an AwardsLine Virtual Screening Series event. “And it was that old delightful thing that I often have to content with, which is shooting out of sequence.”

She was surprised, she said, that when the series aired, she got compliments for these scenes. “They were so torturous,” she laughs. “Most of the time when people told me they were enjoying the audiences I’d say, ‘You did? Really?’”

It was a similar story for director Jessica Hobbs, who returns after several episodes in Season 3, and had to juggle the complex scheduling required to make a show like The Crown function. “It’s like you get on the biggest, best cruise ship in the world, but you can’t get off for a year and you’ve got to be ready at all times.” Her challenge was further compounded by the March lockdowns in the UK, which particularly affected her plans for the episode ‘Avalanche’.

But The Crown is a show, she says, built by the research teams that painstakingly map out where each character is at any given moment in history. “The fact you have access to people who can do that work for you, I’m so grateful for, because you’re limited by the amount you can do as a director.”

For more from the cast and crew of The Crown, including Josh O’Connor and Emma Corrin, who play Charles and Diana, and hair and make-up designer Cate Hall, check out our video above.