Continue to Deadline SKIP AD
You will be redirected back to your article in seconds
Skip to main content
August 24, 2020 6:00am
16Comments 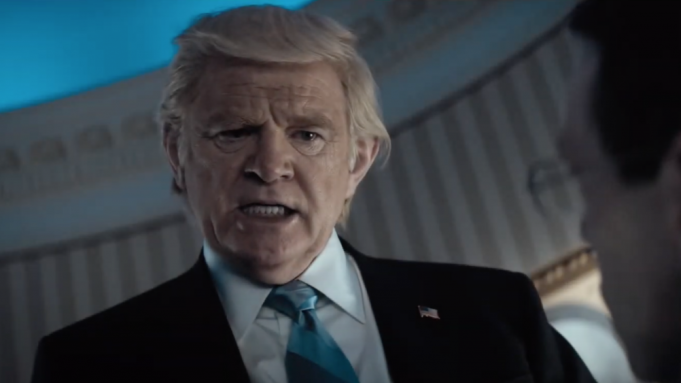 The first trailer for Showtime’s The Comey Rule has been released and it will definitely stir up some conversation — especially with Emmy winner Brendan Gleeson’s portrayal of Donald Trump. Even though we only see him as Trump for a limited amount of time, it’s uncanny and… a little creepy.

In the two-part limited series which will air on September 27 and 28 (perfect timing with the forthcoming election — which probably isn’t a coincidence), The Comey Rule is based on the New York Times bestselling book A Higher Loyalty and stars Emmy winner Jeff Daniels (The Newsroom) plays the titular former FBI Director James Comey. The series takes a deep-dive into the historically turbulent events surrounding the 2016 presidential election and its aftermath, which divided a nation. Rather than delivering a straight biopic, The Comey Rule‘s trailer give a tense and anxiety-ridden taste of a story about two powerful figures whose different personalities, ethics and loyalties put them on a collision course.