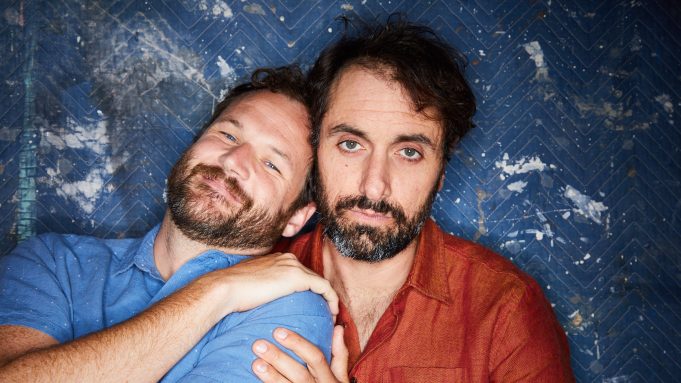 Since its debut in Cannes, where it claimed a prize in Un Certain Regard, The Climb has been on an unexpected and steady ascent. Making its way to Telluride before landing at the Toronto International Film Festival, the Sony Pictures Classics pic has generated a raft of reviews so good, it’s like they’d been written by the filmmakers themselves.

No need for that, though, because Michael Angelo Covino’s feature directorial debut, which he co-wrote with his co-lead Kyle Marvin, lives up to the praise.

A hilarious and surprisingly heartwarming comedy about the toxic friendship between two men over the course of several years, The Climb assembles a patchwork of one-take vignettes as a pair of old friends butt heads, but can never seem to bring themselves to quit one another.

Stopping by Deadline’s TIFF Studio with Marvin, Angelo Covino explained that The Climb started its life as a short film. “We had a concept for a short, which was ‘Two guys riding bikes up a hill. One of them slept with the other’s ex. He reveals it to him, but the other guy’s out of shape, so he can’t catch him, and it’s sort of this cat-and-mouse up a hill,’” the director said. “It was a really tight, simple concept that we loved.”

After submitting their short to Sundance, the pair of real-life friends forgot all about it, until news came that the festival selected the film. Subsequently, the pair engaged in the process of developing The Climb as a feature, and “the process of actually writing it went really quickly,” Marvin shared. “After Sundance, we wrote it in a month and a half, two months, and then we were starting into pre-production pretty quickly after that.”

To write the feature, Angelo Covino and his partner simply amplified “elements of our personalities, and things that we saw in each other,” Marvin noted. “So, the movie is a much more expanded version of who maybe elements of us are.”

Prior to The Climb‘s acquisition by Sony Pictures Classics, Topic Studios developed, financed and produced the pic, after acquiring the original short film of the same name at the 2018 Sundance Film Festival. On Wednesday, the studio announced that it had inked a two-year, first-look deal with the pair behind the Cannes hit comedy.

From more from our conversation with the writers and stars of The Climb, click above.