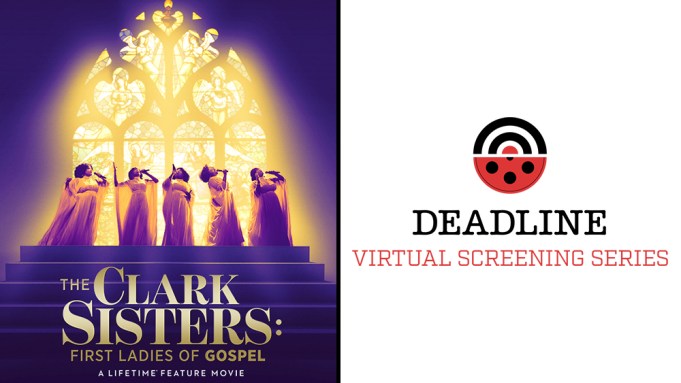 “It’s been a little overwhelming,” director Christine Swanson said via video conference during an AwardsLine screening series panel discussion on Wednesday. “Nobody expected this kind of mad obsessive love for this. Beyond The Clark Sisters fans, it bled over into all kinds of people.”

Despite its sudden rousing success, this has been a very long time in the making. Executive producer Dr. Holly Carter originally conceived the idea of a Clark Sisters biopic 17 years ago.

As for the film’s big reception, Carter believes that was partly down to how long it took to get to the screen. “This has been something beyond what we anticipated,” she said. “Yes we were in a quarantine state, and yes people were stuck in the house, but they didn’t have to watch it. Because of the anticipation and the build-up, not just around the fanbase, but around the mainstream and the secular, it’s been overwhelming. So we all feel very blessed to be a part of this.”

The storytelling focused on the talent and genius of the sisters, rather than salacious stories. As Ellis said: “We have these conversations about men, and how they figure into shaping the Western tradition, but we don’t have these conversations about women, and I think that’s what we wanted, all of us, Holly, myself, Christine, and these wonderful women who play the sisters themselves, they wanted to capture that. When we tell stories about women who are historical figures or musical legacies, like Whitney Houston, we hear the sensational part of their lives. Who their boyfriends were, who they were dating… but we wanted to make drama about the music-making, how they made music. We felt that their making of music was as important as their personal lives. When you tell stories about woman genius, you have to do that.”

The women who played The Clark Sisters were predominantly singers first, before they were actors. Swanson said she had always set out to cast the film in this way. “I thought, what can I do to properly honor their legacy in music? And the idea came to me to cast real gospel singers. So I had a conversation with our genius music producer Donald Lawrence. I asked Donald, ‘In what scenario can we make this work with real singers?’ And he walked me through specifically the type of vocal sound and talent that I needed.”

One of those talents was Kierra Sheard, who, at Swanson’s behest, played her own mother, Karen Clark Sheard, in the film. “I’m like, ‘Kierra, you have to play Karen because no one can capture the nuances of your mom as quickly,” Swanson said.

The Clark Sisters: First Ladies of Gospel is currently streaming on Lifetime and available on VOD on Amazon Prime Video.

To watch the panel discussion, click the video above.