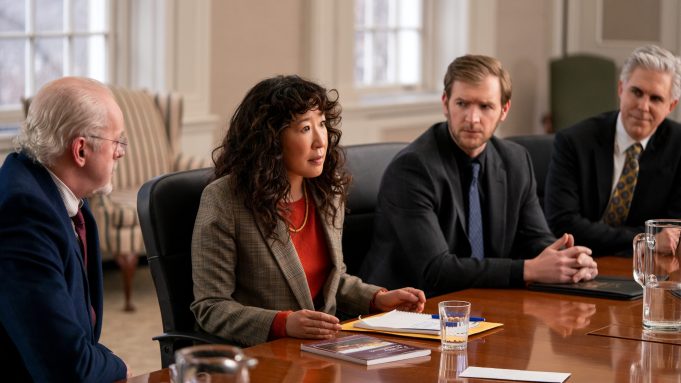 Netflix has debuted the first full trailer for its upcoming comedy, The Chair, which premieres on August 20.

The anticipated series follows Dr. Ji-Yoon Kim (two-time Golden Globe winner Sandra Oh) as she navigates her new role as the Chair of the English department at prestigious Pembroke University. There, she’s faced with a unique set of challenges, as the first woman to chair the department, and as one of the few staff members of color at the university.

In the trailer, Kim tells her colleagues that the department is “in dire crisis.”

“I feel like someone handed me a ticking time bomb,” she adds, “because they wanted to make sure a woman was holding it when it explodes.”

Fear not, though, for Oh’s character, who later declares her intent to “shake this place up.”

The trailer for the Netflix series—featuring new track “Oh!” by Los Angeles-based, all-female punk band The Linda Lindas—can be found above.

More information on The Chair can be found by clicking here.