Continue to Deadline SKIP AD
You will be redirected back to your article in seconds
Skip to main content
January 27, 2019 4:20pm 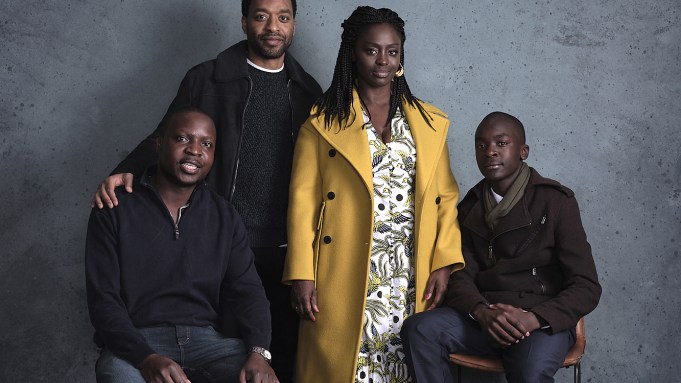 12 Years a Slave star Chiwetel Ejiofor is marking his feature directorial debut with The Boy Who Harnessed the Wind, based on a true story of a 13-year-old Malawian boy innovator who saves his village from famine.

In the film, which was picked up by Netflix last year, William Kamkwamba (played by newcomer Maxwell Simba) is thrown out of the school he loves when his family can no longer afford the fees. Sneaking back into the school library, he finds a way, using the bones of the bicycle belonging to his father Trywell (Ejiofor), to build a windmill to combat an impending food shortage.

“William, his family, people in this community all live these incredibly epic lives and that was something that I really found in the book. It’s an epic story, ” said Ejiofor.  “I wanted to make a film that captured some of that epic quality, some of the big life quality that people have.

During his stop at Deadline’s Sundance studio, Ejiofor was accompanied by the film’s stars Simba and Aïssa Maïga as well as the real-life William, who wrote the novel which the film is based on.

“The time that I was building my windmill, I didn’t imagine that one day I would be sitting here,” said Kamkwamba. “It’s very exciting to me because at the time that I was writing the book I wanted to reach out to as many people as possible. Having this chance of getting this story into a movie is going to reach more people than the book could have managed to do.”

The Boy Who Harnessed the Wind will be available to stream sometime this year.