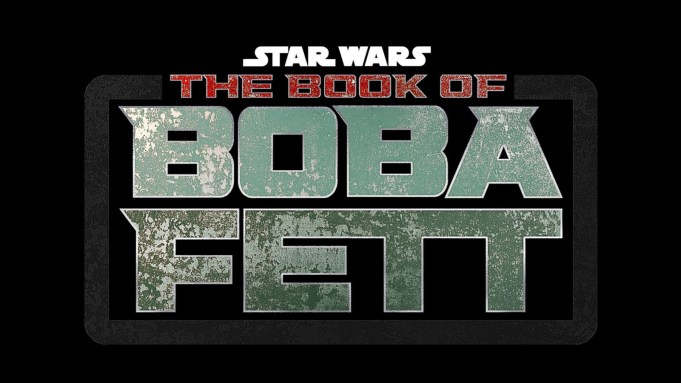 Here it is, finally — the Star Wars series fans have been waiting for: the first trailer for The Mandalorian spinoff The Book of Boba Fett, which drops December 29 on Disney+, making everyone’s snow days significantly more fun and shorter over the holidays.

It’s a post-Jabba the Hutt era, certainly after Return of the Jedi, and Boba is looking to rule the galactic space lord’s former empire with a little more justice and a tad less oppression: “Why speak of conflict when corporation can make us all rich?” he declares to fellow alien bounty hunters.

“Jabba ruled with fear,” says Boba, “I intend to rule with respect.”

‘The Book Of Boba Fett’ Gets A Premiere Date From Disney+

Fennec Shand, Ming-Na Wen’s bounty hunter from The Mandalorian, is along for the ride. So is the previously unannounced Jennifer Beals, who appears briefly onscreen.

The one thing MIA here: Man, how did Boba Fett survive that sarlacc pit?

In the end credits of Mandalorian Season 2 last year, it was revealed that Boba Fett, who made a cameo in that series, was getting his own Disney+ show. For years it was rumbled after Disney took over Lucasfilm that a Boba Fett standalone movie was in the cards, even with James Mangold attached to direct. But following the box office meltdown of Solo: A Star Wars Story, Disney scrapped those spinoff films based on the legacy characters, and in this case went full on Disney+ series.