Continue to Deadline SKIP AD
You will be redirected back to your article in seconds
Skip to main content
September 4, 2018 6:18pm
8Comments 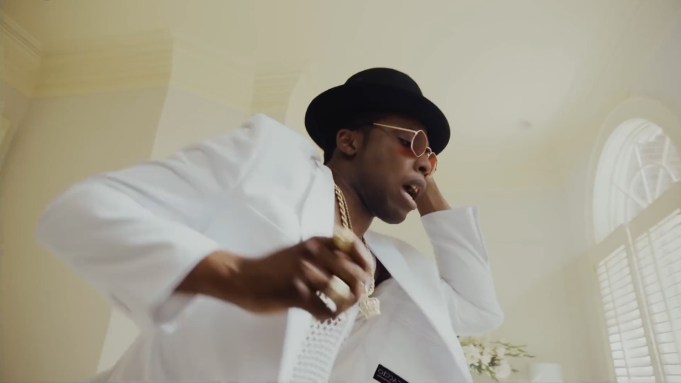 After the huge success of The New Edition Story last year, there was no way BET wasn’t going to go for more of the same glory, and that’s what The Bobby Brown Story is at its bottom line. With a lot of the highs (natural and chemically induced) and lows of Brown’s marriage to Whitney Houston and his great tunes, money is exactly what the September 4-premiering two-night authorized biopic is all about, with Woody McClain reprising his role from last season’s ratings-busting three-night New Edition Story miniseries.

Although visually inhibited on a number of occasions, the series directed by Kiel Adrian Scott, written by Abdul Williams, executive produced by Jesse Collins and co-produced by Brown himself is money, as I say in my video review above, because it focused on giving the people what they want. That desire being the inside dope on the R&R superstar’s 15-year media-spotlight marriage to Houston, who is played here with coy deliberation by Rosewood alum Gabrielle Dennis.

In a relationship where Brown was quickly cast as the villain in the public’s mind, the well-heeled couple face-plant into drug addiction together and individually, and the series and a solid McClain take you down into that destructive place.

In the best tradition and prerogative of a soap, with enough of the spectacle and superstar walk-ins you’d expect, The Bobby Brown Story is clearly a redemption tale, for better and worse. The latter is a cautionary note that comes sometimes in such authorized biographies at the expense of the dirty truth.

However, if you go in knowing what version of events you are getting, The Bobby Brown Story is worth checking out for the BTS and, more importantly, the music. Check out more of my take by clicking on my video review and tell us, will you be tuning in?

This review first ran on August 31