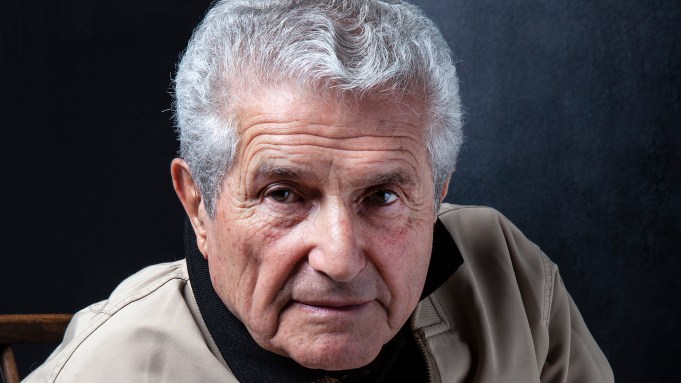 Legendary trio Claude Lelouch, Anouk Aimée and Jean-Louis Trintignant reunited for The Best Years Of A Life (Les Plus Belles Années D’Une Vie) some 53 years after the classic French love story A Man And A Woman won the Palme d’Or and went on to take two Oscars. The new film, a continuation of the story, screened out of competition here in Cannes to a moving reception in the Palais where the crowd began “ba-da-ba-da-da-ing” Francis Lai’s iconic original theme song.

Chatting with Deadline’s Cannes Studio in the video above, Lelouch told us, “I knew we were going to make a very special film because we were able to speak about life, and I think you can’t really speak about life if you have not lived, if you have not many years behind you… You can speak about it with its paradox, with its movement forward and backwards… Life is my favorite screenwriter.”

The original story centered on Jean-Louis (Trintignant), a young widower and race-car driver, and Anne (Aimée), a young widow, who fall in love in Deauville. The latest update sees the former lovers back together when Jean-Louis’ son seeks out Anne to visit his father in a retirement home where he is drifting in and out of dementia.

This is the last film produced by Samuel Hadida who passed away suddenly last November. His brother and partner Victor Hadida separately told us that Samuel did not see the finished film, but was present for the production. They had previously worked with Lelouch on his Un+Une which was for Victor, “An experience that transformed us humanly. When we work with Claude, we are with a sort of creative genius.” The Best Years Of A Life is “a magical film for us.”

Aimée, who said she did not need to be coaxed to reteam with Lelouch and Trintignant, told us of the Cannes premiere, “It was wonderful to see all those people singing, and I find that my director deserves it.”

Check out the video above for more from Lelouch and Aimée.