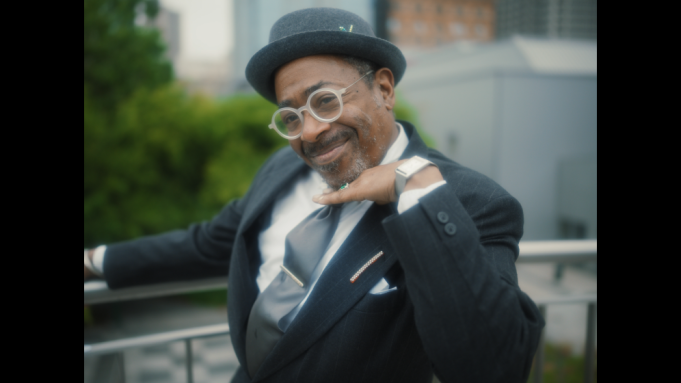 EXCLUSIVE: The Los Angeles Times is premiering the short documentary The Beauty President Tuesday, part of a new initiative that will showcase nonfiction shorts “with a West Coast perspective.”

The Beauty President, directed by Whitney Skauge and executive produced by Emmy-winning actor-writer-producer Lena Waithe and Rishi Rajani through their Hillman Grad Productions banner, and Oscar-nominated filmmaker Ben Proudfoot, centers on one of the most unlikely candidates to ever to run for chief executive: the drag performer Joan Jett Blakk, who aimed to become “the first queer, Black, drag-queen President of the United States.”

“I made a little dent in history,” Smith, now living in San Francisco, recalls in the documentary. His candidacy was premised on being out and proud, at a time when rightwing politicians were using fears over gay rights as a political wedge issue. As the L.A. Times reported in 1992, “Republican Presidential contender Patrick J. Buchanan, a walking hate crime, is using images of black gay men in a political ad to bludgeon President Bush, himself no friend of the gay and lesbian community.”

Smith did not remain mute in the face of anti-gay rhetoric or behavior.

“Our thing was visibility,” Smith says in The Beauty President. “We were still being beaten up, we were dying of AIDS, we were being denied jobs and housing. The more visible we made ourselves, the less that happened.”

This is the first in what the L.A. Times plans as a major commitment to short documentaries, along the lines of what the New York Times has done with its Op-Docs series, as well as short doc endeavors by the U.K.’s Guardian newspaper, The New Yorker, and Time magazine. Leslie Lindsey, director of programming for L.A. Times Studios, tells Deadline the upcoming L.A. Times Short Docs vertical will showcase “established and emerging independent filmmakers, handpicked by L.A. Times Studios.”

Lindsey adds, “Each film will be from a California-based producer or director, and built around visual storytelling designed to provoke conversation on the world’s most important issues – with a West Coast perspective… The Beauty President and Terence’s story with Whitney’s vision is a perfect fit for us.”

The short is a production of Breakwater Studios, the production company founded by Proudfoot (A Concerto Is a Conversation), Waithe and Rajani’s Hillman Grad Productions, and L.A. Times Studios.

“Terence Smith is an important, yet unsung hero in the LGBTQ movement during that pivotal time period and the film is a testament to the man whose shoulders many of us now stand on,” Waithe and Rajani said in a statement. “We are extremely proud to be part of this film to help solidify Terence’s place in American history, so that many generations can be inspired by his work and his life.”

Watch the full film by clicking on the video above.