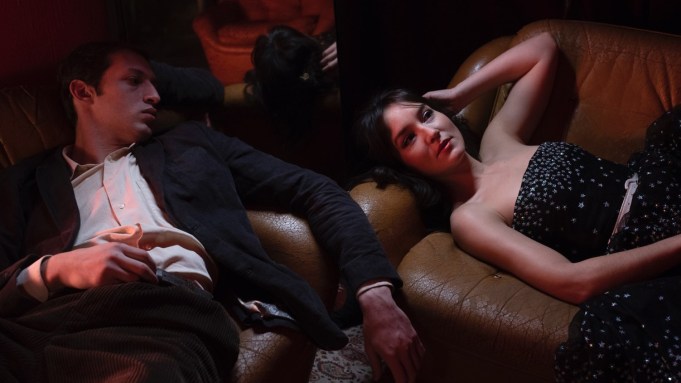 EXCLUSIVE: Exactly 120 years to the month that Henry James published his novella The Beast In The Jungle, a contemporary, French-language adaptation will world premiere in the Panorama section of Berlinale (February 16-26).

James’ original London-set tale followed a man who puts life and love on hold in the belief that a catastrophic event awaits him.

Austrian, France-based filmmaker Patric Chiha’s loose adaptation follows a man and woman who, for twenty-five years, frequent a huge nightclub in anticipation of a mysterious event.

Set between 1979 and 2004, and the transition from disco to techno, Chiha describes his film as a “love story” and a “tale of an obsession.

Paris-based sales company Les Films du Losange have unveiled the first clip for the film in the wake of the announcement of its selection for the Berlinale’s Panorama section on Wednesday.

Dalle and Chiha have been close collaborators ever since he cast her in the lead of his 2009 debut film Domaine, in the first major role for a number of years for the Betty Blue star at that point.

The Beast Of The Jungle is Chiha’s fifth and most ambitious film to date, after contemporary dramas Domaine, Boys Like Us, Brothers Of The Night and If It Were Love.