Continue to Deadline SKIP AD
You will be redirected back to your article in seconds
Skip to main content
December 27, 2021 10:38am 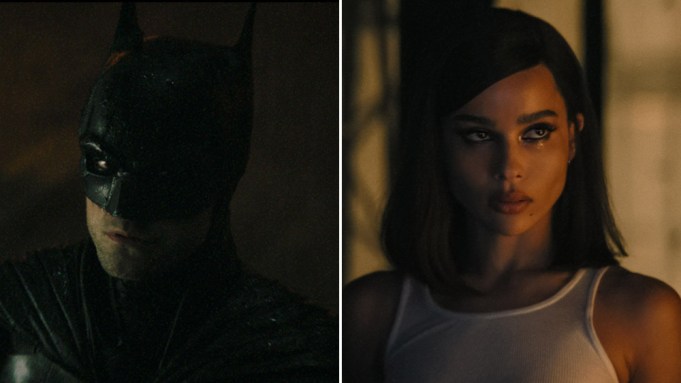 Robert Pattinson and Zoe Kravitz team up in their search for justice in a new trailer for The Batman, featuring the bat and the cat, respectively. The film is set to open in theaters on March 4.

“If we don’t stand up, no one will,” Kravitz’s Selina Kyle/Catwoman tells Pattinson’s Bruce Wayne/Batman in the trailer above.

The pair will team up against the villainous Riddler (Paul Dano), a serial killer who is obsessed with the Wayne family. But trust will have to grow between Batman and Catwoman in order to rid Gotham City of one of its most evil inhabitants.

And what will the Batman unravel in his quest for answers?

“I’m just here to unmask the truth about this cesspool we call a city,” the Riddler says to Wayne. “You’re part of this, too.”

Wayne responds, “How am I a part of this?”

The Riddler adds,” Oh, you’re really not as smart as I thought you were…Bruce Wayne.”

The scenes tease that Wayne’s butler Alfred (Andy Serkis) has something to do with the revelation, as the former accuses the latter of lying. To what extent it is yet unknown. The lie could simply refer to lies meant to protect the family’s legacy, or maybe the butler could be hiding something more sinister?