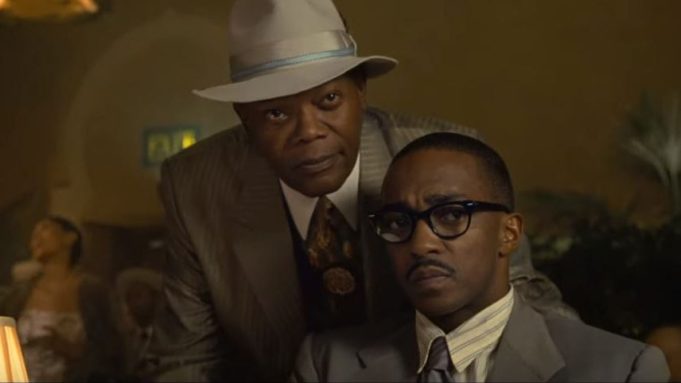 The first foray into original scripted movies for Apple TV+ is The Banker, the George Nolfi-directed drama based on the real-life story of African American businessmen Bernard Garrett (Anthony Mackie) and Joe Morris (Samuel L. Jackson) who devise a plan to help their fellow African Americans being kept from the American Dream in the racially oppressive 1960s.

Along with Garrett’s wife Eunice (Nia Long) they rain a working-class white man, Matt Steiner (Nicholas Hoult), to pose as the rich and privileged face of their burgeoning real estate and banking empire – while Garrett and Morris pose as a janitor and a chauffeur. Their success ultimately draws the attention of the feds, threatening everything the four have built.

The drama opens theatrically December 6, with a debut on Apple’s just-launched streaming platform expected in January. At Deadline’s The Contenders Los Angeles event on Saturday, Nolfi said he anticipated a “nice theatrical run” for his film with Apple, but confessed, “I don’t think I’m allowed to say exactly how long.”

Nolfi added that Apple “came in early and hard” to scoop up their small-budgeted indie pic. “And who doesn’t want to have Apple release their first big film? That’s exciting.”