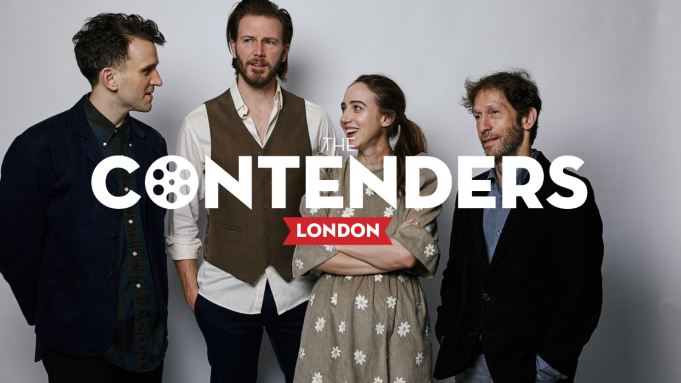 Joel and Ethan Coen’s Western anthology The Ballad of Buster Scruggs spans a series of distinct tales from the American frontier, weaving a narrative tapestry that tells the story of the Old West. During Deadline’s recent The Contenders London awards-season event, four of the film’s stars — Harry Melling, Bill Heck, Zoe Kazan and Tim Blake Nelson, who plays the titular singing cowboy — joined Deadline International Editor Nancy Tartaglione to talk about their stories from the film.

Melling shared his thoughts about playing a man with no arms and no legs, while Heck provided insight on playing a trail boss on a wagon train. When it came to Kazan, she set the record straight on what it means to have a “strong female character” in a film.

“I had a journalist ask me on the red carpet the other day, ‘She’s not a very strong female character, is she?'” said Kazan of her character, Alice Longabaugh, who is featured in the segment “The Gal Who Got Rattled.”

She continued, “I thought this is a true misunderstanding of what actors mean when they say ‘strong female character’… what we mean is strong writing for a female character. Not that they have to be some sort of ‘she-woman’ or ‘he-woman’.”

Kazan describes Alice as a timid person, who is “a bird in a cage and the cage is kept by her brother.” When the cage is unexpectedly opened, she doesn’t know how to walk out. “Watching her figure out how to that and trust herself and the people around her is what attracted me to her and made me want to take care of her,” she said.

For Nelson’s Buster Scruggs, you shouldn’t be fooled by his happy-go-lucky demeanor. “You’d never find a better friend — if he’s your friend,” he said. “You just don’t want to be his enemy.”

“It was important to underscore the benign, loving, singing cowboy who embraces life in the world with as much brio as possible so that once that gets undercut, it’s more dramatic,” he adds. “The idea was to make him as friendly as possible.”