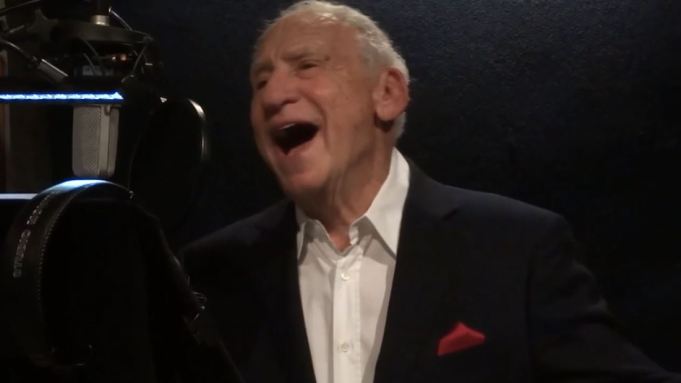 EXCLUSIVE: Could 95-year-old Mel Brooks be headed back to the Oscars? Don’t count him out.

Brooks, who won the Best Original Screenplay Academy Award for 1968’s The Producers and already is an EGOT winner, has written music and lyrics for “At the Automat,” a song from the new documentary The Automat, which is having its world premiere Thursday night at the Telluride Film Festival. The charming docu from director Lisa Hurwitz chronicles the birth, rise, fall and death of the beloved restaurants known as the Automat, a commissary-style eatery that originally offered customers fresh-cooked meals for a nickel (later a dime — then upwards) out of a wall of vending machines constantly freshened by a full staff behind it. It was the brainchild of Joseph Horn and Frank Hardart and thrived for the better part of the 1900s.

At the Telluride annual brunch Thursday morning, filmmaker Hurwitz (far too young to have been a customer) told me she was inspired to make this charming, nostalgic and fun docu in her college days because she just loved sitting in the cafeteria day after day. One thing led to another, and she dove into research and archival footage to create this loving tribute to a bygone era. The last automat exited NYC in the early ’90s, and all of the equipment was either sold off at auction or is tucked away and rotting in a storage facility. But the film that keeps their memory alive is joyous and a hoot to watch, featuring interviews from numerous people including Carl Reiner, Ruth Bader Ginsburg, Colin Powell and, above all, Brooks — who seems to be a walking encyclopedia of the automats that were especially popular in the urban centers of NYC and Philadelphia.

Brooks became so enthused by Hurwitz’s project that he contributed a new song for it, and the director has turned his recording session with full orchestra into this video — which we now premiere on Deadline in advance of the movie’s debut at Telluride, and really you couldn’t think of a better fest for it. Hurwitz hopes to find a distributor to pick it up, and should she do that and also wrangle a qualifying theatrical release in 2021, Brooks’ song could be eligible for the Oscars. Of course, he has contributed a few classics songs to his films in the past, notably “Springtime for Hitler” in The Producers and the title song from Blazing Saddles, the latter earning him his one and only Oscar nomination in the Best Original Song category.

At 95, he still has it. Check out the video above to see and hear Brooks sing “At the Automat.”