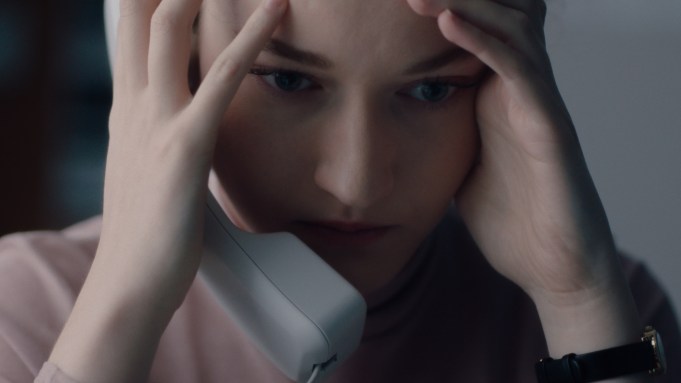 “Entry-level jobs in this industry are tough, right?” the HR director says to the semi-new hire. “Long hours — first one in, last one out. It’s a tough job, but I can see you’ve got what it takes.”

Here is the first trailer for The Assistant, the Harvey Weinstein-inspired fictional thriller that follows one day in the life of Jane (Julia Garner), a recent college graduate and aspiring film producer who lands her dream job as a junior assistant to a powerful entertainment mogul. Her day is much like any other assistant’s, but as Jane follows her daily routine, she grows increasingly aware of the abuse that insidiously colors every aspect of her work day. It’s an accumulation of degradations against which Jane decides to take a stand, only to discover the true depth of the system into which she has entered.

Bleecker Street opens the film January 31. Have a look at the trailer above and the key art below, and tell us what you think.