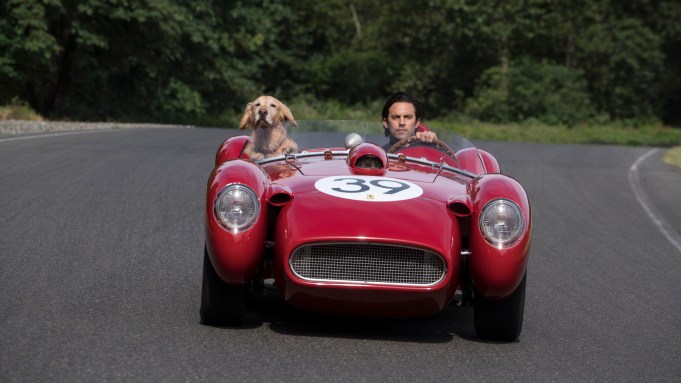 This is Us star Milo Ventimiglia is revving up his engines in the newly released official trailer for the upcoming man-and-dog family drama, The Art Of Racing In The Rain, from Fox 2000. Also starring Amanda Seyfried, Gary Cole, Kathy Baker, Ryan Kiera Armstrong, Martin Donovan, and Kevin Costner as the voice of Enzo, the Simon Curtis-directed pic is slated to hit theaters August 9.

“No one knows what curves life will throw at you. But if a driver has the courage to create his own conditions, then the rain is simply rain,” says the witty and philosophical Enzo in the heart-tugging video, which can be viewed above. Based on the best-selling novel by Garth Stein, the film follows Enzo and his best friend and owner, Denny Swift (Ventimiglia), an aspiring Formula One race car driver, as they navigate the journey of life and the loves of Denny’s life – his wife, Eve (Seyfried), their young daughter Zoe (Ryan Kiera Armstrong).