Continue to Deadline SKIP AD
You will be redirected back to your article in seconds
Skip to main content
June 14, 2019 8:00am
1Comments 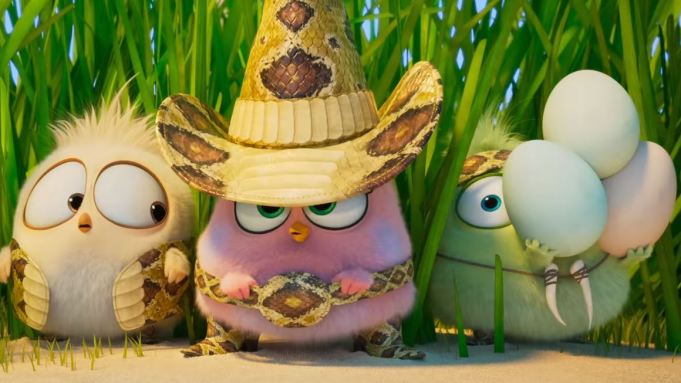 EXCLUSIVE: This year, Father’s Day is for the birds. Ahead of Sunday’s celebration of all things Dad, we get a look at how the Hatchlings from Sony Animation’s The Angry Birds Movie 2 spend the holiday doing “all the things he likes to do.” Watch the clip above and check out a first-look photo of JoJo Siwa’s character below.

The clip shows the excited Hatchlings preparing for their Day with Dad — and the underwhelming, if not altogether unrealistic, results.

Slingshotting to the film’s plot: The flightless angry birds and the scheming green piggies take their beef to the next level when a new threat emerges that puts both Bird and Pig Island in danger. Red (Jason Sudeikis), Chuck (Josh Gad), Bomb (Danny McBride) and Mighty Eagle (Peter Dinklage) recruit Chuck’s sister Silver (Rachel Bloom) and team up with pigs Leonard (Bill Hader), his assistant Courtney (Awkwafina) and techpig Garry (Sterling K. Brown) to forge an unsteady truce and form an unlikely superteam to save their homes from the denizens of a newly fond third island.

Here is the first-look photo of Siwa’s character, followed by the JoJo’s Juice actress’ Instagram post about her big-screen debut:

Everyone ! I’m so excited that I can tell you that I am going to be in “The Angry Birds Movie 2”!🐦 I am playing Jay the cutest little hatchling ever! I can’t wait for you all to see it ! It will be in theaters August 14th! Seriously 2019 is the best year ever ! 🌈 JoJo