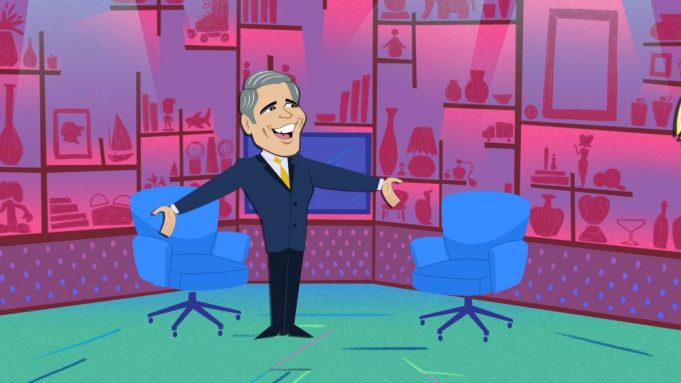 The Bravo talk show host and the Real Housewives Godfather Andy Cohen is pulling back the curtain and letting audiences take a peek at the untold wild moments of his life in the new animated Quibi series The Andy Cohen Diaries which debuts on July 20.

In the first trailer for the series, we get a taste of his adventures which include behind the scenes moments from his show, nights out on the town, his experiences as a first-time father and celebrities — lots of celebrities like Celine Dion and Sarah Jessica Parker. He even teases a story about a big-time celebrity that involved flatulence.

The Andy Cohen Diaries is executive produced by Cohen through his company, Most Talkative Productions, along with ShadowMachine co-founders Corey Campodonico and Alex Bulkley (BoJack Horseman, Final Space).