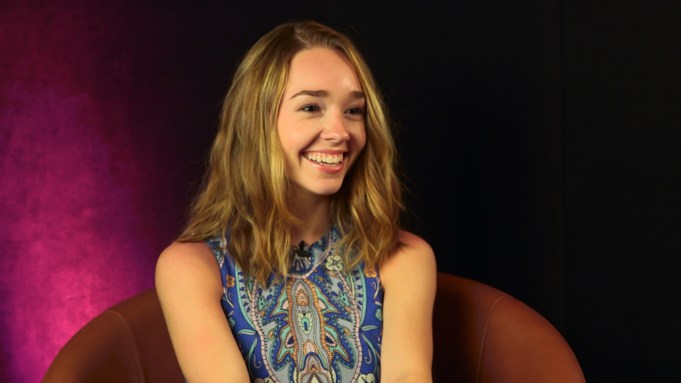 “I can’t believe almost all of my teenage years were spent on that TV show, and I was lucky enough to have that opportunity,” says Holly Taylor of The Americans, which airs its Season 6 and series finale tomorrow. “So I still haven’t wrapped my head around it — I don’t know if I ever will,” adds the actor who literally grew up on FX playing Paige Jennings, the daughter and enthusiastic “second generation illegal” of Soviet spy moles played by Keri Russell and Matthew Rhys.

“My brain still thinks I’m going back to shoot Season 7 in the fall,” Taylor says on the latest installment of Deadline’s video series Next Generation TV.

Coming off the penultimate “Jennings, Elizabeth” episode of May 23 and its showdown between Russell’s and Taylor’s characters, the Reagan Era-set series run by Joel Fields and Joe Weisberg has long solidified its position as one of the best TV series ever. Taylor won’t comment on where the “START” finale goes, but certainly with the aim of the final 10-episode season for her U.S.-born Paige to embed herself into the political bureaucracy, a spinoff could be a possibility down the line.

“I don’t know if they’re for it, but I still push,” Taylor says of her own conversations with Fields and former CIA officer Weisberg about where The Americans could go next. “Matthew says that I could be the Monica Lewinsky or something, which I think is a little far-fetched. People are like, she could end up being Hilary Clinton — everyone has their own theory,” she reveals with a wink about where the finale leaves the Jennings family. “Or a plain old spinoff of what she does after this and how she decides what to do with her life.”

Check out my interview with Taylor in the video above – especially before tomorrow’s The Americans finale.

You can also watch recent Next Gen TV episodes like last week with Game of Thrones alum and Picnic At Hanging Rock star Natalie Dormer, or with with The Alienist’s Dakota Fanning on May 15.