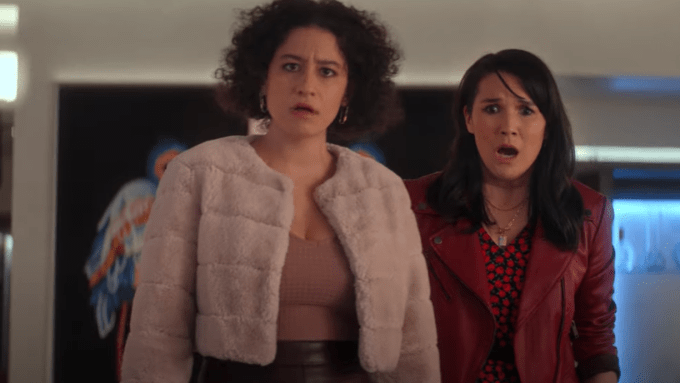 UPDATED, 9 AM: Apple TV+ has slotted Friday, January 28 for the premiere of its anticipated murder-mystery comedy series The Afterparty, starring Tiffany Haddish, Sam Richardson, Ilana Glazer, Zoe Chao, and more. The eight-episode first season will launch with three episodes on January 28, followed by one new episode weekly, every Friday.

Created by Miller, the eight-episode single camera comedy series is set at a high school reunion afterparty. Each episode will feature a retelling of the same night told through a different character’s perspective, each with its own unique visual format and film genre to match the teller’s personality.

The trailer sees the high school classmates for an evening of memories and reminiscing, turned sour by one fellow alum’s gruesome death and the hilarious accusations that follow.

“How did this all go so wrong,” Richardson’s partied-out Aniq worries.

Miller will also serve as showrunner and executive producer and Phil Lord will executive produce through the pair’s shingle, Lord Miller. Lord Miller’s VP of Television Aubrey Lee will serve as producer. The series will be produced by TriStar TV and Sony Pictures TV, where Lord and Miller are under an overall deal.