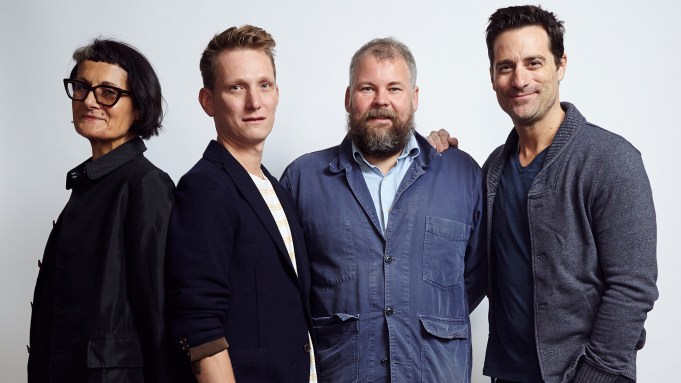 Eddie Redmayne and Felicity Jones spent the majority of The Aeronauts by themselves in the basket of a hot air balloon. While this might sound confining, director Tom Harper reveled in the challenge of getting the best out of his two boxers, who had previously worked together on The Theory of Everything.

“There’s a Hollywood tradition of great acting pairs working together again and again,” Harper said recently at Deadline’s The Contenders London. “I found that challenge of being in a confined space really exciting, and it leads you to make all sorts of choices that are interesting. How do we keep that visually interesting?”

Speaking alongside producer Todd Lieberman, DP George Steel and costume designer Alexandra Byrne at the Ham Yard Hotel, Harper added that he was inspired by the story of wealthy young widow Amelia Wren (Jones) and headstrong scientist James Glaisher (Redmayne) as they mount a balloon expedition to fly higher than anyone in history.

“I was inspired to make a film that felt like a classic action adventure film, but had an important message about expanding your knowledge. These pilots had a sense of improving life for everybody,” he said.

The inspiration, in fact, came from Steel, who was working with Harper on the BBC drama War and Peace. “We shared a car in the mornings and I’d worked with Rory Kinnear, who had done a radio play of a story of the Glaisher flight and I listened to it and every morning I banged on about it. Tom would tell me to shut up and think about War and Peace. But then a year later, he became interested.”

To hear more about The Aeronauts, which opens theatrically December 6 and will hit Amazon Prime on December 20, watch above.