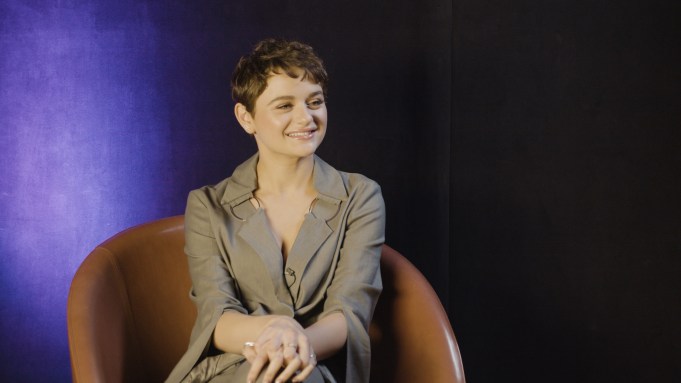 “It was the most freeing experience as an actor, to be able to let go of my vanity,” reveals Joey King of her acclaimed performance opposite Patricia Arquette in Hulu’s The Act.

With secrets, sickness in many forms and scams, King’s performance in the Nick Antosca and Michelle Dean and UCP series is widely presumed to be a strong contender in the Emmys’ Best Actress in a Limited Series or TV Movie. As the video above displays, our conversation in the last episode of Next Generation TV this season makes it very apparent why that’s the TV Academy ceremony kind of talk around town.

“I can confidently say I’m proud of myself, which I’ve never really been able to do before, King told me, having just swooped into town from filming The Kissing Booth 2 in South Africa. “I think what attracted me most to this this character, this role was that doing it, the idea of it, scared the shit out of me. It really did, I was so afraid to fail and that’s how I knew I needed to do it.”

Click on the video to see more of our talk and hear Joey King discuss the very special relationship she and Patricia Arquette developed during the filming of The Act – it takes you into the show (which I reviewed back on March 21)  in a remarkable way.

In the vein of remarkable, also check out the penultimate Next Gen TV of this with last week’s chat with When They See Us’ Caleel Harris here.

See you with more Next Generation TV down the line.