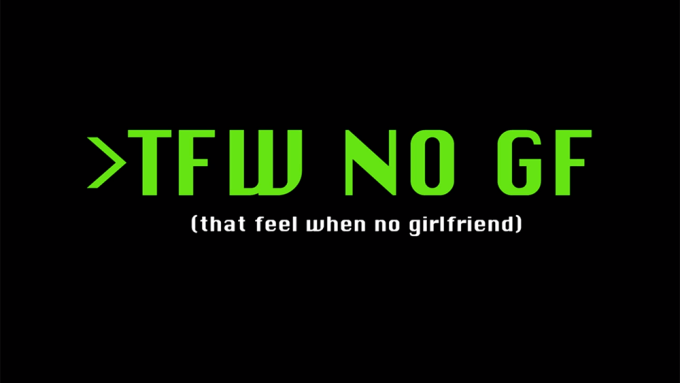 EXCLUSIVE: Alex Lee Moyer’s TFW No GF takes the loneliness of a pandemic-era Valentine’s Day to a new level.

Ironically set to premiere on the annual holiday celebrating love and companionship, TFW No GF (that feel when no girlfriend) centers on the creation of a popular internet meme and the alienated, depressed subculture that has deeply identified with the joke’s sense of loneliness. The joke, which originated around 2010, features a somber-looking cartoon man (aka “Wojack”) that soon became a staple in internet memes.

Moyer’s doc traces the evolution of the internet meme though interviews with and portraits of the often looked-down-upon incels, neets, trolls and edge-lords of internet culture hailing from different parts of the nation. In addition to depressive feelings and hopelessness, the filmmaker spotlights what brings the generation of internet users together.

Through a series of personal interviews, Moyer uncovers the real people behind the mask, explore the reasons behind the meme’s popularization, offering a humanistic glimpse at these usually invisible figures.

TFW No GF, distributed by Play Nice, premiered at the SXSW’s online festival in 2020. See the trailer above.