‘LOTR: The Rings Of Power’ Aftershow ‘Inside The Ring’: Episode 5 – A King Emerges, Númenór Prepares For War, & Divisions Prove Fiery
Read the full story
July 10, 2020 7:19am 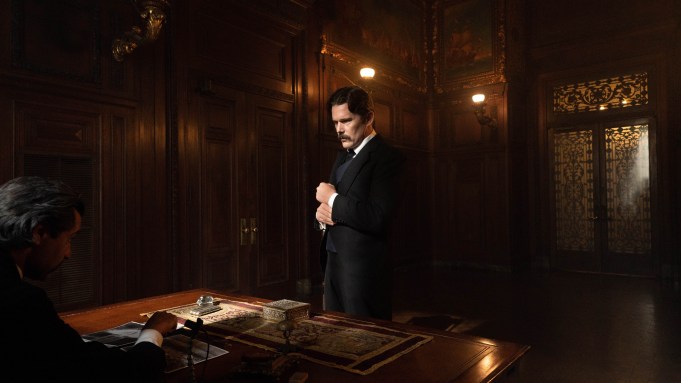 IFC Films is celebrating the birthday of Nikola Tesla by dropping the trailer for Tesla, the biopic of sorts about the pioneering scientist that stars four-time Oscar nominee Ethan Hawke and is written and directed by Michael Almereyda. The film is aiming for a theatrical and on-demand release August 21.

The period pic, which won the Alfred P. Sloan Feature Film Prize after its premiere at the 2020 Sundance Film Festival, centers on Tesla’s battle to bring his revolutionary electrical system to fruition, then tougher challenges with his new system for worldwide wireless energy. It also includes his uneasy interactions with rival inventor Thomas Edison (Kyle MacLachlan) and Tesla’s patron George Westinghouse (Jim Gaffigan).

Also in the mix in the idiosyncratic look at the scientist’s life is Tesla’s courtship of financial titan J.P. Morgan (Donnie Keshawarz), whose daughter Anne (Eve Hewson) takes a more than casual interest in the inventor and provides the narrative of the movie.

Almereyda first penned a script for a Tesla biopic in the early 1980s, spurred by friend Jerzy Skolimowski’s interest in the figure. But while that script was optioned in 1983, the film never was made. “I dusted the script off. … It had a lot of dust on it,” the director told Deadline at Sundance, “and we reinvented it for the present moment.”

That evolution has included adding subsequently published material, with sprinkles of influences like Derek Jarman, writer Henry James and even Drunk History.