Continue to Deadline SKIP AD
You will be redirected back to your article in seconds
Skip to main content
December 19, 2019 10:05am
9Comments 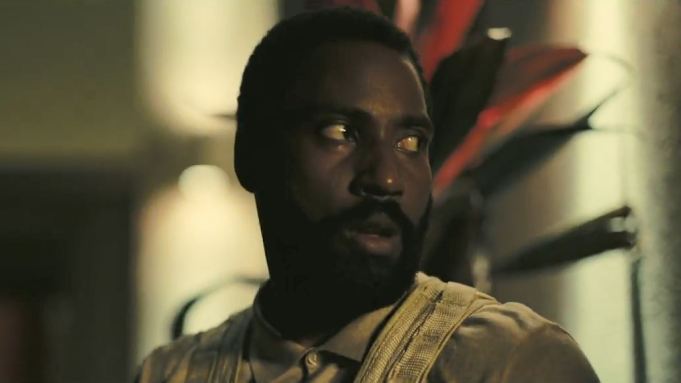 Christopher Nolan took the Hollywood heist film into dreamland with the cerebral thriller Inception. Now, with Tenet, he might be introducing an espionage thriller where time itself is the ticking bomb.

That’s one way to interpret the just-arrived trailer for the sleek Warner Bros film that hits theaters worldwide on July 17, though there’s little upside in speculating too much about Nolan’s knotty sci-fi plots. As a character in the trailer aptly cautions: “Don’t try to understand it. Feel it.”

Nolan’s follow-up to 2017’s Dunkirk stars John David Washington, the breakout performer from Spike Lee’s BlacKkKlansman, and the aesthetic does recall Inception (as well as two of Nolan’s self-cited influences, Dark City and The Matrix), while the reverse-thinking motif makes it a psychological relative of Nolan’s intricately structured 2000 breakthrough film Memento.

Caine is Nolan’s “lucky charm” ensemble regular — this will be their eighth feature film collaboration — while Branagh rejoins the filmmaker after making a memorable turn in Dunkirk. Pattinson is the incoming Batman, while Nolan, of course, directed The Dark Knight trilogy, a synergy that adds even more zing to Tenet’s already considerable intrigue, at least for the Comic-Con crowd.

The Oscar-nominated director reportedly is working with his biggest budget to date — a bit north of $220 million — and in a recent first-look preview of the film, Nolan told Entertainment Weekly that the 11th feature film of his illustrious career covers a lot of ground with both its filming locations and its genre roaming.

“We’re jumping off from the point of view of an espionage film, but we’re going to a number of different places,” he told EW. “We’re crossing a few different genres in a hopefully exciting and fresh way. We shot in seven countries, all over the place, with a massive cast and huge set pieces. There’s no question, it’s the most ambitious film we’ve made.”

Check out the trailer above, and the poster here: