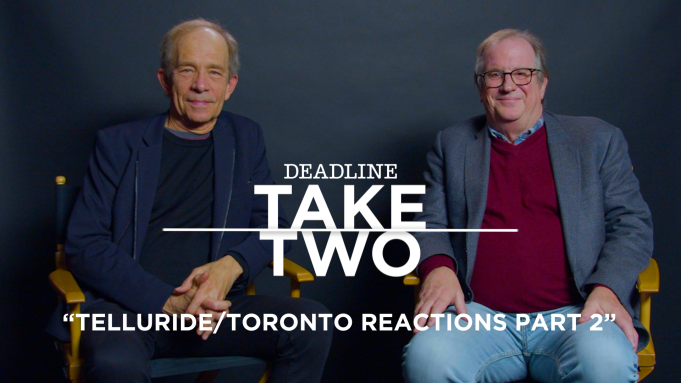 Editor’s note: Deadline presents the 32nd episode of its video series Take Two (formerly known as Two Shot), in which Pete Hammond and Todd McCarthy tackle the artistry of films. Each has reviewed and written about the craft for decades and built a remarkable breadth of knowledge of films past and present. What we hoped for when we asked them to do this was a concise, mature and thoughtful conversation comparable to what we saw from Roger Ebert and Gene Siskel.

This week we continue downloading our reactions to what we saw at the Venice, Telluride and Toronto film festivals and how we think this new batch of adult-oriented movies will impact the 2022 film year — including awards prospects and whether they live up to the hype.

Last week we discussed some of them including personal movies from the likes of Steven Spielberg, Sam Mendes, Alejandro G. Iñárritu and others that already are setting a mini-theme for this fall’s crop. Now we get into a whole bunch more, picking out the best of the bunch and maybe some of those that just don’t measure up. To watch our conversation, click on the video above.