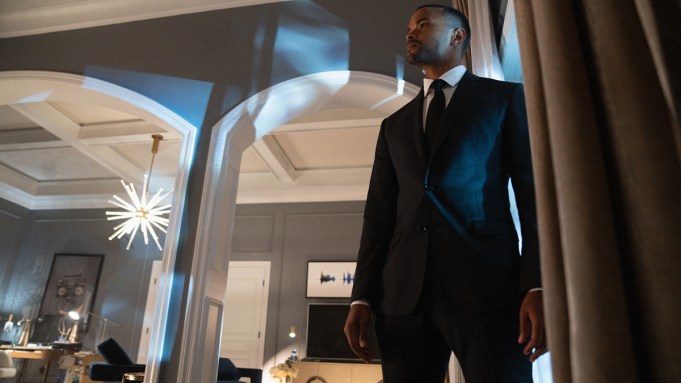 “I know you are in living hell right now. I know you think that things can’t get any worse.  But it can. Believe me.” Eek.

Once upon a time, there was a Season 2 trailer for CBS All Access’ anthology drama Tell Me a Story. That time is now. The streamer premiered the new trailer at New York Comic Con today. Check it out above and the key art below.

Created and written by EP Kevin Williamson, Tell Me a Story takes the world’s most beloved fairy tales and reimagines them as a dark and twisted psychological thriller. The 10-episode second season will feature the stories of three legendary princesses – from Beauty and the Beast, Sleeping Beauty and Cinderella – like they’ve never been seen before. It will follow the Pruitt family as they navigate love, loss, romance and terror against the iconic backdrop of Nashville.

Season 2 of Tell Me a Story starts streaming December 5 at CBS All Access, with new episodes debuting every Thursday.