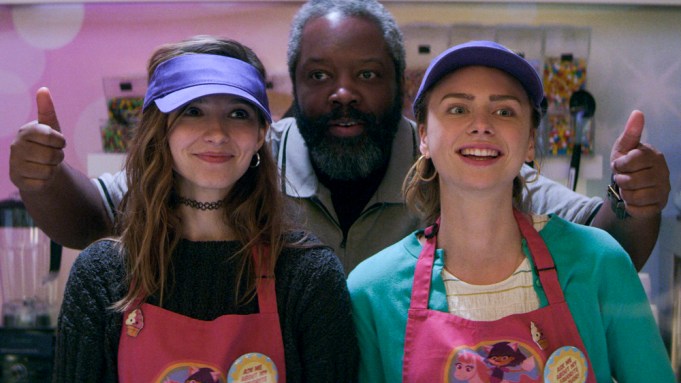 The Atlanta-set comedy, which bows on August 14, stars Phillips and Bette as fraternal twins Sterling and Blair, a duo looking for more trouble beyond their pristine Southern lifestyle. The twins team with experienced bounty hunter Bowser Jenkins (Kadeem Hardison) and start bringing in local criminals.

“We obviously have a gift for this line of work,” one sister tells the other.

The first look shows the girls balancing the hazards of their secret profession with the finer details of high school life including romance, advanced school work and of course, the popular kids. Sterling and Blair work to keep their academic lives and their questionable extracurricular separated.

“We are really nailing this work life balance,” Fellini’s Blair jokes. “Why do we even complain so much? It’s super easy to have it all.”