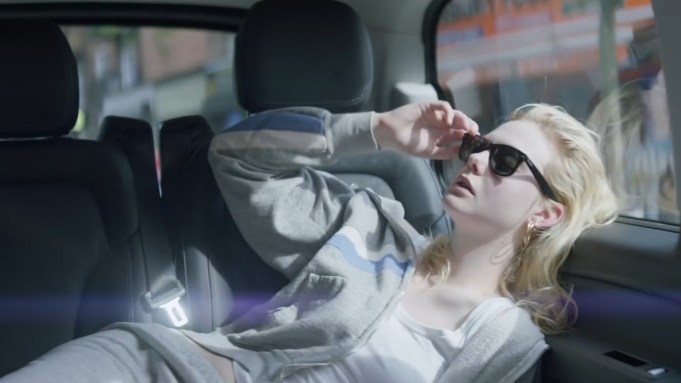 As Violet in the new film Teen Spirit, Elle Fanning clearly has the chops to be believable as a budding wannabe pop star. And on the evidence of her own singing throughout this slight but engaging musical flick, Fanning could be a hitmaker in her own right.

If Teen Spirit exists to be anything, it is as a showcase for the considerable vocal talents of its star. She’s a revelation, and this is no fake news as she does all of her own singing to tunes by Undertones, No Doubt and others. One of the producers here is Fred Berger, a key producer behind La La Land. This modest little film is no La La Land — make no mistake about that — but for the Fanning fandom, it is well worth checking out.

She plays a rather sheltered teen living with her mom on the Isle of Wight. The Polish mother (Agnieszka Grochowska) is not exactly encouraging to her daughter when Violet decides to enter an American Idol-type singing competition as the producers come to her hometown in search of contestants. Instead she goes with Vlad (Zlatko Buric), old family friend and ex-opera singer who gives her just the support she needs to nail the audition and move on. That is exactly what happens as Violet eventually winds up in the finals in London, Vlad supporting her all the way. There things get a bit more complicated as she tastes the big time and interacts with music honcho Jules (Rebecca Hall).

This basically is the bones of Teen Spirit (the name of the competition show), but it is the music that carries it along as far as it goes. And of course Fanning — a young star who has always delivered above and beyond in whatever she has been asked to do — really rises to the next level. Who knew she was another Ariana Grande? It is so pleasing that the filmmakers didn’t stoop to hiring an actor and then dubbing them with someone else’s voice just to sell the soundtrack. Given half a chance Fanning could chart with one of these tunes. Acting-wise she also nails it. Buric is equally fine, a delightful booster for Violet.

Max Minghella is the debuting writer-director and does well with the material and managing the balance between the music and the dramatics. He is the son of the late Oscar-winning director Anthony Minghella (The English Patient), and having hung around his father’s sets pays off here. Again this is a minor movie, more in the vein of simple musical films such as Sing Street, Hearts Beat Loud, Once and others. Fanning makes it worthwhile. Bleecker Street and LD Entertainment release it today in limited play before going much wider next weekend with a national break. Check out my video review above with scenes from the film.

Do you plan to see Teen Spirit? Let us know what you think.