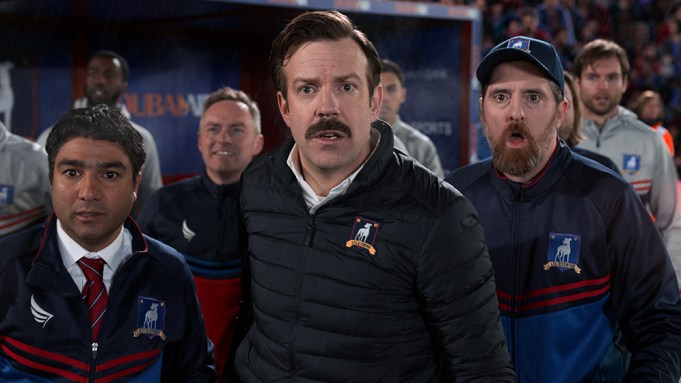 Apple has slotted Friday, July 23 for the Season 2 premiere of comedy hit Ted Lasso. Apple TV+ also unveiled the first look at the new season in a teaser trailer, released during today’s Apple “Spring Loaded” event. You can watch it above.

The acclaimed comedy has already been renewed for a third season ahead of its season two premiere. Ted Lasso recently swept every category it was nominated in at the 2021 Critics Choice Awards, winning for Best Comedy Series, Best Actor for Jason Sudeikis and Best Supporting Actress for Hannah Waddingham.

Since its debut in August 2020, Ted Lasso has earned Sudeikis a SAG Award for Outstanding Performance by a Male Actor in a Comedy Series and a Golden Globe Award in the Best Comedy Actor category. The series also landed two Writers Guild Awards for Best New Series and Best Comedy Series, nominations from the Producers Guild of America for Comedy Series and was the only comedy series honored as an AFI Program of the Year.