Continue to Deadline SKIP AD
You will be redirected back to your article in seconds
Skip to main content
July 16, 2021 10:52am 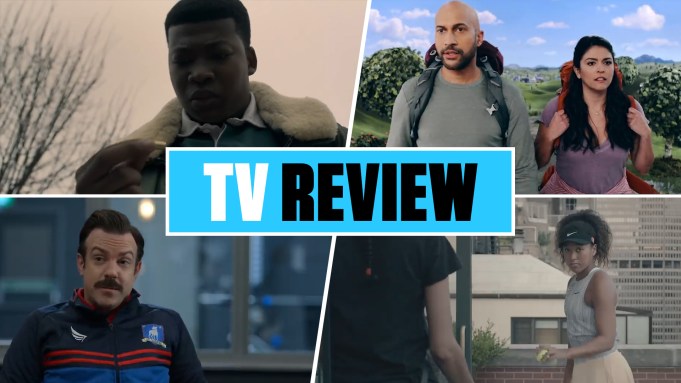 Once upon a time in a three-network world long long ago, television went into the doldrums during the summer.

That is not the case this still pandemic uncertain summer with premieres, returning series and more from the broadcasters, cablers, premium cablers, streamers and every other platform out there. Which, by its nature, asks the question of what is the show you have to watch this week?

You know the drill: the answer is in my video review above.

The latest iteration of the ever-growing Power Universe drops on July 18 on Starz with Power Book III: Raising Kanan.

Executive produced by Power creator Courtney Kemp and Curtis “50 Cent” Jackson, this already renewed prequel to the street savvy character the “In da Club” rapper portrayed in the original series takes viewers back to a time long before streamers and most cable TV.

Along with Kemp via her End of Episode production company and her overall deal with Lionsgate TV and Jackson and his G-Unit Film and Television EP, Penn and Mark Canton also executive produce, the latter through Atmosphere Entertainment MM. End of Episode’s Chris Selak, Danielle De Jesus, Shana Stein and Bart Wenrich. Kevin Fox are executive producers too. Lionsgate Television produces Raising Kanan for Starz.

Fresh off its pandemic safety protocol premiere last night in West Hollywood, Ted Lasso is back for a second season on July 23. The Jason Sudeikis-led stranger in a strange land — top tier English football/soccer) series saw the fictional AFC Richmond relegated after a string of hard losses. However, in real life, the Bill Lawrence co-created Lasso not only has a 12-episode Season 2 coming, but has been renewed for a third season by the tech giant streamer.

In addition to the trials travails of the pitch, Tess Lasso scored a massive 20 Emmy nominations this week, the most ever for a freshman comedy. The Hannah Waddington, Juno Temple, and Brett Goldstein co-starring – they along with Sudeikis are all nominees — series also tops the 2021 TCA Award nominees.

Four-time Grand Slam winner Naomi Osaka is one of the few superstar athletes to have said they’ll attend the Olympic Games starting next week in Covid plagued Japan. However, today the tennis champion sees a self-titled docuseries on her life, career and choices debut on Netflix.

Compiled by Oscar nominated director Garrett Bradley over a two-year period, Naomi Osaka the series reveals the relationship between the tennis player, her cultural context the expectations on her and a changing America and sport. Adopting a sometimes-confessional style, the three-parter shows the increasingly outspoken Osaka, who recently withdrew from the 2021 French Open after declining to participate in post-match press conferences and the corresponding fallout, becoming iconic in almost real time after her conflicted and historic U.S. Open victory over Serena Williams in 2018.

So, which series is the ace?

Well, once again, check out my video review above to discover – and have a great summer weekend!