Continue to Deadline SKIP AD
You will be redirected back to your article in seconds
Skip to main content
December 15, 2021 2:00pm 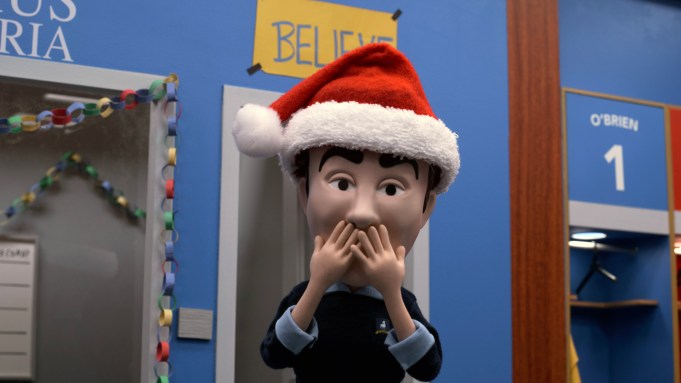 The cast of Apple TV+’s critically acclaimed series Ted Lasso is getting animated in a new holiday short The Missing Christmas Mustache, available to stream now above.

But don’t expect the short to pick up after the events of the Season 2 finale, it’s a standalone special following Ted (Jason Sudeikis) and his friends as he searches for a lost item that ultimately leads him to realize the meaning of the holiday season.

Tedd Lasso has earned 7 Emmy Awards today from a total 20 nominations to date. The series was recently heralded by AFI as one of its top 10 TV programs of the year.

The series was developed by Sudeikis, Bill Lawrence, Brendan Hunt, and Joe Kelly, and is based on the pre-existing format and characters from NBC Sports.

Watch the short in full above.