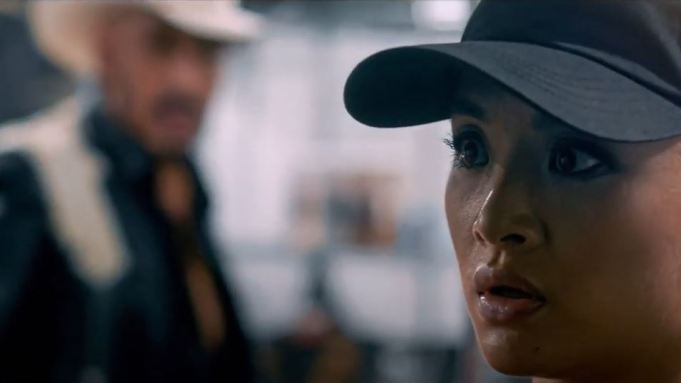 EXCLUSIVE: 1091 Pictures has released the official trailer for Take Out Girl, the indie drama set in Los Angeles and inspired by true events from the life of co-writer and star Hedy Wong. The drop comes after the pic helmed by Hisonni Johnson won the Best Director award at the American Black Film Festival, where 1091 first saw it. The distributor will now bow it on digital May 18.

Wong, who co-wrote the film with Johnson, plays Tera, a 20-year-old Asian-American who parlays her family restaurant delivery expertise into a profitable drug hustle to help her immigrant mother’s struggling business. Ski Carr (Agents of S.H.I.E.L.D., Blue Bloods), Lynna Lee (Fresh Off the Boat), J. Teddy Garces (Days of Our Lives, Zane’s the Jump Off), Lorin Ly (Raskal Love, One Day) and Dijon Talton (Glee, How to Get Away with Murder) also star. Rapper $tupid Young has a cameo.

“I was blown away by Hedy’s breakout performance when I screened Take Out Girl at ABFF,” said Greg Maurice,1091 Pictures’ director of content acquisition. “Her intensity and her grit combined with Hisonni’s slick style of cinematography is a result of its success at many diverse festivals. Given we live in such a divisive time, it’s always inspirational to see two people from different backgrounds like Hisonni and Hedy collaborating and incorporating an inclusive cast to create such amazing work.”

The film also was an official selection at Cinequest and the Asian American International Film Festival among other fests.