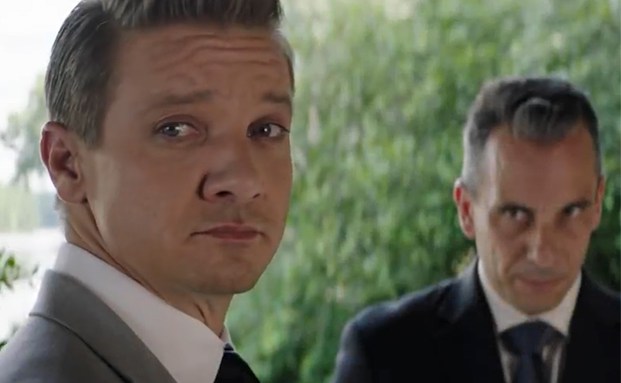 Based on a Wall Street Journal article and a touching subsequent CBS Sunday Morning profile, Tag simply doesn’t get it. Literally.

The film is inspired by the real lifelong shenanigans of a group of elementary school friends who played tag as kids and turned it into an ongoing annual game well into their 50s (so far). Screenwriters Rob McKittrick and Mark Steilen (who also is credited with the story) and director Jeff Tomsic have turned this tale of friendship over several decades into a Hangover-style wannabe raunchy action comedy that does the idea no justice. In fact The Hangover and its two successful sequels clearly were the real inspiration for turning this unlikely premise into a full-fledged summer flick — taking the idea of tagging a male buddy to the extreme and basically turning it into a Road Runner cartoon.

The real guys have been aged down a bit to make it more palatable at the box office, but it doesn’t matter. The Journal article was called “It Takes Planning, Caution To Avoid Being It,” and I would add caution to avoid this movie version, which pretty much blows, despite a game cast who deserve better. Having been aware of the roots of the film, I was looking forward to a smarter take on a worthwhile story but was sadly disappointed.

Jeremy Renner plays Jerry, the one guy in this circle of manic friends who has managed never to be “tagged” since their game began when they were 9 years old. He is more attuned to martial arts moves than Jackie Chan and apparently can outwit every one of those seemingly ordinary guys who try everything they can to finally tag him at his upcoming wedding. However his fiancé (Leslie Bibb) forces them to make an “amendment” to the game so that they can’t tag him during the nuptials and ruin the day.

As I say in my video review (click the link above to watch), that doesn’t stop them from antics and maneuvers that would make Jason Bourne or the Mission: Impossible crowd proud — or, more to the point, like Jackass-lite. Jerry breaks through windows, jumps off rooftops and leaps wherever he has to in order to defeat the efforts of everyday guys who seem to withstand life-threatening stunts in order to play the game.

It probably is no mistake that Hangover co-star Ed Helms is part of this project, perhaps just to remind us of the outrageous stuff that happened in that trilogy of anything-goes guy comedies that this one so aspires to be. Jon Hamm, Jake Johnson, and especially Hannibal Burgess do what they can here, but it is all a lost cause for the most part because, until the very end of a seemingly endless 97 minutes of this one-joke premise, none of them resembles a believable human being. That is key in a story where we are meant to have empathy for these overgrown boys who have never outlived their childhood games. Everything that happens is a big question mark: is it all part of the game or is it real life taking hold? We never know right up to the end.

This is a testosterone-driven movie about near-middle-age men who won’t stop getting their rocks off. It is typical of the genre, with a plethora of dumb dick jokes and even tasteless gags involving miscarriages (funny, right?) and cancer. Nothing is off limits, but the script sadly is witless and thuddingly unfunny. The only semblance of real life comes at the end when documentary footage of the actual group of guys who play this game to this day is shown. It’s moving, warm. funny and human, unlike the dismal and dopey studio comedy inspired by them.

Ironically, it is the women in the film, including Isla Fisher as Helm’s aggressive and game wife and Bibb as Renner’s fiancée, who make the most of it. Annabelle Wallis, however, as the supposed Wall Street Journal reporter (it was a male reporter who broke the story in real life) along for the ride does nothing to advance the cause of journalists in a time when integrity is needed most. Her key line “no wonder print journalism is dead” takes on new meaning in this portrayal. Oh well. Producers are Todd Garner and Steilen. Warner Bros. releases the New Line Cinema production today.

Do you plan to see Tag? Let us know what you think.