Continue to Deadline SKIP AD
You will be redirected back to your article in seconds
Skip to main content
June 4, 2019 12:27pm
1Comments 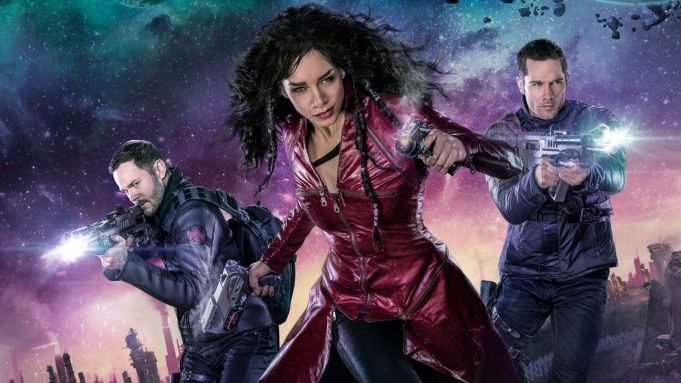 The swan-song season of Syfy’s Killjoys will premiere on July 19 and a new promo shows that the always hard-living bounty hunters are now finding it harder and harder to remain among the living. Watch the promo above.

The fifth and final season of the Friday night deep-space series reunites the trio of Hannah John-Kamen (Ant Man and The Wasp)as Dutch; Luke Macfarlane (Mercy Street) as D’avin; and Aaron Ashmore (Cardinal) as John.

The synopsis: Killjoys follows a trio of hard-living bounty hunters – Dutch, John, and D’avin. Working for the Reclamation Apprehension Coalition (RAC), they work in a four planet-and-moon system known as the Quad. Taking on warrants to apprehend people or property, RAC Agents are given high authority by their agency. As part of their job, they swear to remain neutral in conflicts and owe no allegiance to any system, government, or other organizations. With their pasts coming back to haunt them, the trio will have to work hard to keep themselves, and their friends, alive.