Continue to Deadline SKIP AD
You will be redirected back to your article in seconds
Skip to main content
March 17, 2021 9:47am 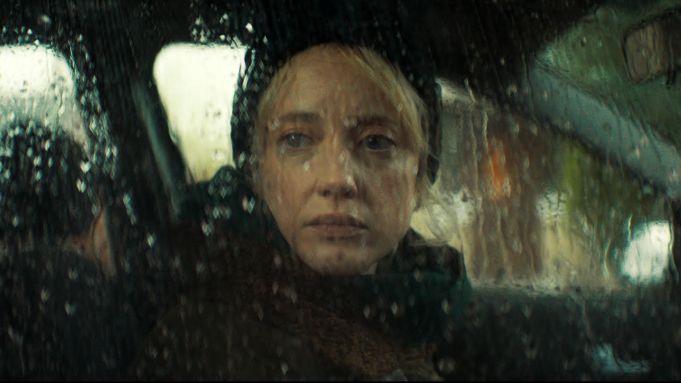 In Stacey’s Gregg’s feature directorial debut, Here Before, Andrea Riseborough continues to show her mastery of walking the tightrope of human emotions as Laura, a mother who becomes obsessed about her neighbors’ little daughter, a child who is eerily haunting her.

The psychological thriller, which is making its world premiere today at SXSW, explores the fallout of what happens when close family friends cross lines, specifically in regards to their children.

However, there’s so much more going in Here Before.

Says Gregg, who shot and set the movie in Northern Ireland, “There is a sort of quiet undercurrent in the film in terms of this class disparity between the two households. It was important to me in terms of the tension and the miscommunication that starts to bubble, then escalates; there’s a lot of misfire in the film.”

The director-writer continues that she wanted to “look at families who are pushed up against each other in these estates and what it means in the rhythms of everyday life to throw a bomb under that basically — but it’s ticking. When it’s gonna blow?”

“I’ve often wanted to tell stories about people who live on those fault lines and tensions.”

Gregg also adds, “we’ve seen a lot of women characters who are told they’re crazy and no substance to what they’re experiencing.”

Says Riseborough about the feature, “It also begs the question, what does community mean to you and what is it? We are all so isolated in so many ways, and then in many other ways, we’re more connected than ever because of this strange time we’re in.”

Gregg gave Riseborough the freedom to find her character organically; a woman whose coping mechanism for grief is to enter into the imaginary.

“No one met Laura until day one of the shoot,” says Riseborough, “I wanted to connect internally with her first and than have anything manifested externally including where this woman lives, and the way she talks.”