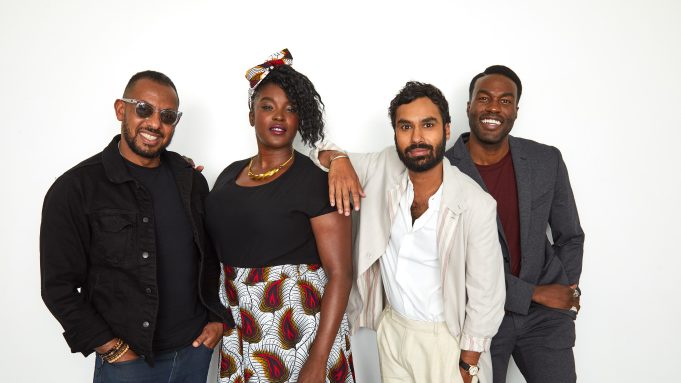 For his second feature film, Ethiopian director Zeresenay “Zee” Mehari came to TIFF with Sweetness in the Belly, an adaptation of Canadian author Camilla Gibb’s award-winning novel of the same name. Moving backwards and forwards from Ethiopia during the final years of Haile Selassie’s reign to England in the early years of Thatcherism, it stars Dakota Fanning as Lilly, a young woman trying to find out who she is in an uncertain world.

“The book is about a young girl who lost her parents when she was seven years old, and was taken in by a Sufi Imam in Morocco,” Mehari explained when he came to the Deadline studio. “She grew up in a shrine, where she learned—as she says in the film—‘the meaning of life’. And then she goes to Ethiopia to find out where her Sufi master—who is also a father figure for her—came from. When she’s there, she meets these people in a big community that became her home. But that’s interrupted in 1974, with the [revolution which deposed the monarchy], and she’s forced to go back to a country, her own country, a country that she never knew—to England.”

Mehari feels that Gibb’s story, first published in 2005, is timeless in its relevance. “Why are we so hung up on the differences that we have,” he mused, “and putting up walls? That was the inspiration for me when I read it, how relevant it was for today, even though it takes place in the 1970s.”