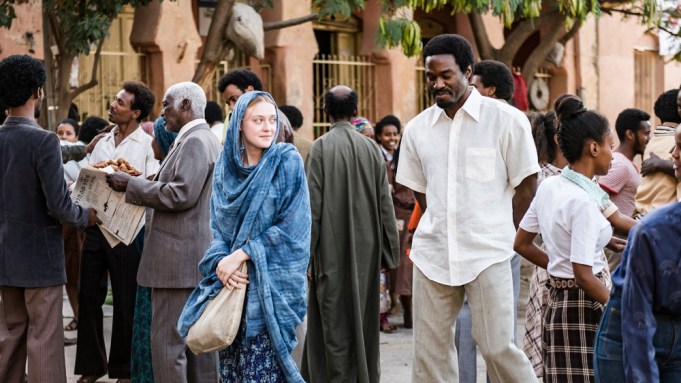 EXCLUSIVE: Here’s the debut trailer for Sweetness In The Belly, starring Dakota Fanning in the story of an English child abandoned in Africa.

Based on the novel by Camilla Gibb, the film follows Lilly, who is forced to flee Ethiopia for England when civil war breaks out. She befriends Amina (Wunmi Mosaku), an Ethiopian refugee who has fled the same war. Together they begin a mission to reunite people with their scattered families. Kunal Nayyar and Yahya Abdul-Mateen II also star.

It was directed by Zeresenay Berhane Mehari from a script by Laura Phillips.

Gravitas Ventures is releasing the film in the U.S. digitally on May 8.

Below, you can also watch Deadline’s Toronto Studio interview with the film’s director and some of the cast from TIFF last year.